Lots of progress today! It’s starting to look like a game. 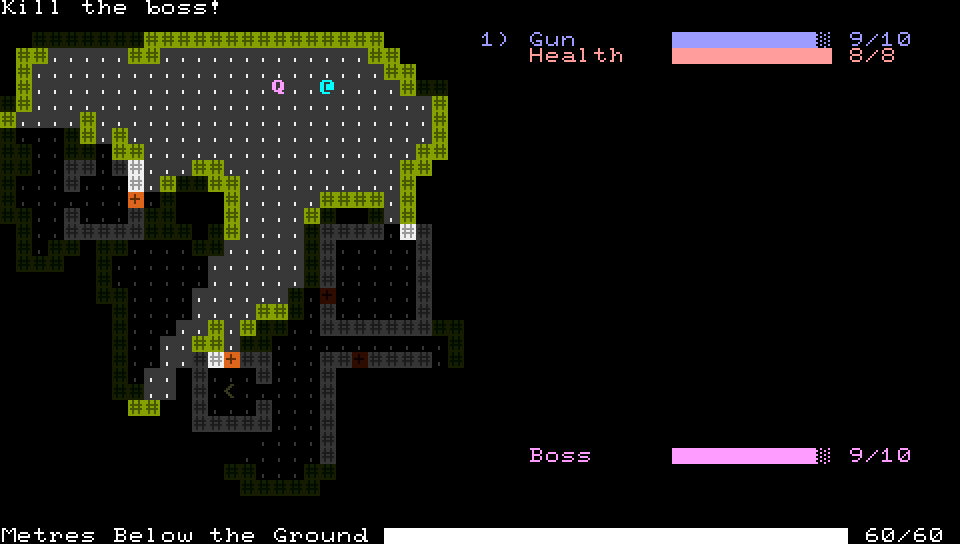 The procedural generation is based on Conway’s Game of Life. I wrote a post about this technique a few years ago. It creates natural-lookin caverns. I then place some rooms randomly, and dig tunnels so all the doors are connected to the main area.

For visible area detection, I’m using a library: shadowcast. I implemented recursive shadowcast for an old project, and extracted it into a library for easy inclusion in other projects. While adding shadowcast I found a bug in prototty - my terminal rendering library - where foreground-only updates to a cell prevent future background updates of a lower depth, which manifested as the floor occasionally disappearing from underneath the player. I released a new version of prototty which fixed the bug.

I added a mission system. Missions can produce meters (the “Boss” meter on the right in the screenshot), and check whether they are completed. Currently the only mission is to kill a tough enemy, but I’ll implement more missions now that the framework is in place.