Just for fun I implemented a simple 3D renderer using the technique employed in Wolfenstein 3D. The world is procedurally generated using the technique described here. The renderer works by finding the depth of walls for each row of pixels on the screen, and drawing a vertically-centered vertical wall-coloured strip whose length is inversely proportional to the wall depth at that point. Wall colour has brightness inversely proportional to the square of the straight-line distance from the eye to the wall in the direction of the pixel row. 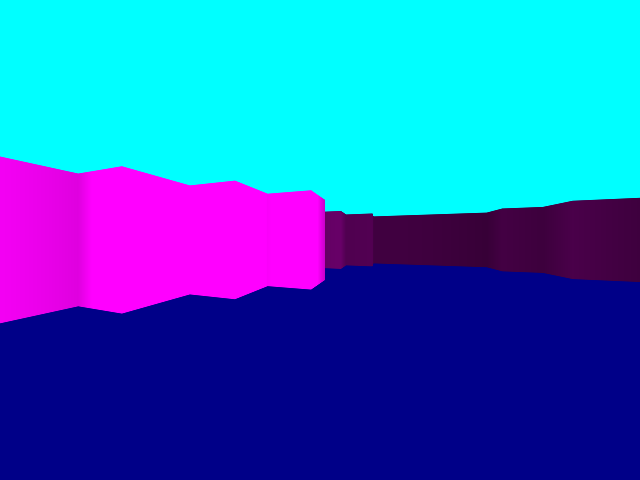