This is a demonstration of some lighting techniques I’ve been experimenting with. It was originally intended to be an entire game, but I’ve abandoned it to work on other projects. 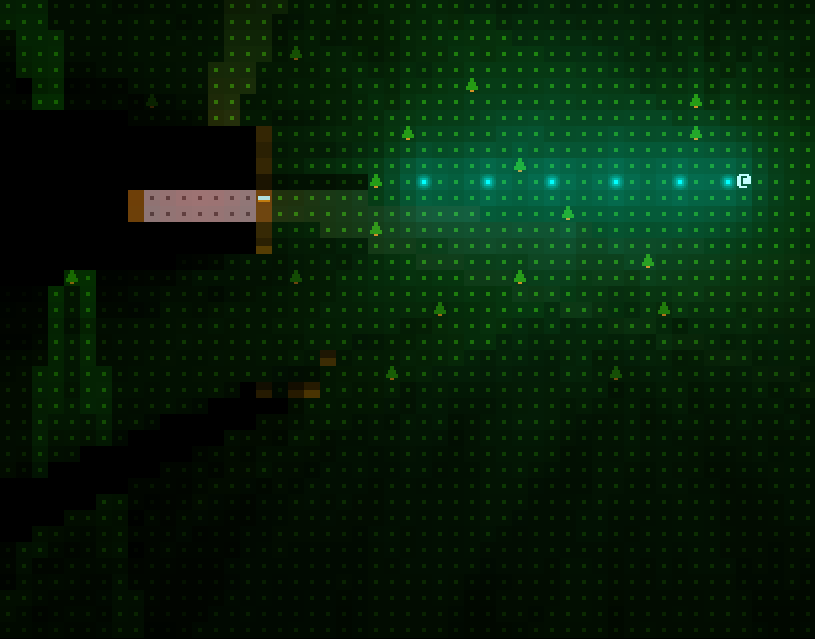 Lighting the edges of cells

Determining lit areas is the same problem as determining visible areas. I reuse my existing vision system described here. A slight modification was required to handle the following complication.

In grid based games, when computing visible area, each cell is typically either completely visible or completely obscured. This is not sufficient when computing lit area. Consider the case where there is a wall between the player and some light source. The wall is lit on the opposite side to the player, but the player should see an unlit wall. 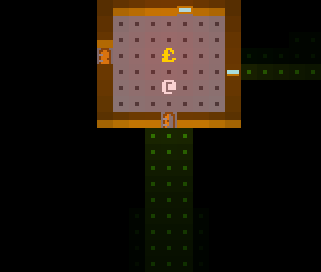 View from inside a well-lit room. The yellow "£" is the light source.

Since the direction from which a cell is lit now matters, the amount of light reaching each side of each cell must be tracked, rather than just determining whether or not a cell is lit. When an observer sees a cell, the vision system detects which sides of the cell they can see. The cell is drawn with a brightness based on the visible side with the most light reaching it.

Note that this only applies to opaque cells. 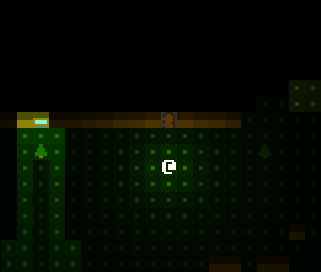 View from outside the same room shown above. 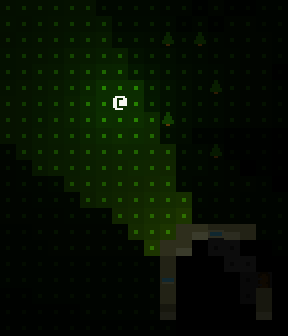 The interior of the lighthouse is illuminated by the player's light only.