As of tonight you can actually play the cards from your hand. Select a card with the number keys. Most cards require a parameter of some kind. For example the “Blink” card needs to be told which cell to blink into, which you specify by moving a cursor into position and hitting enter. 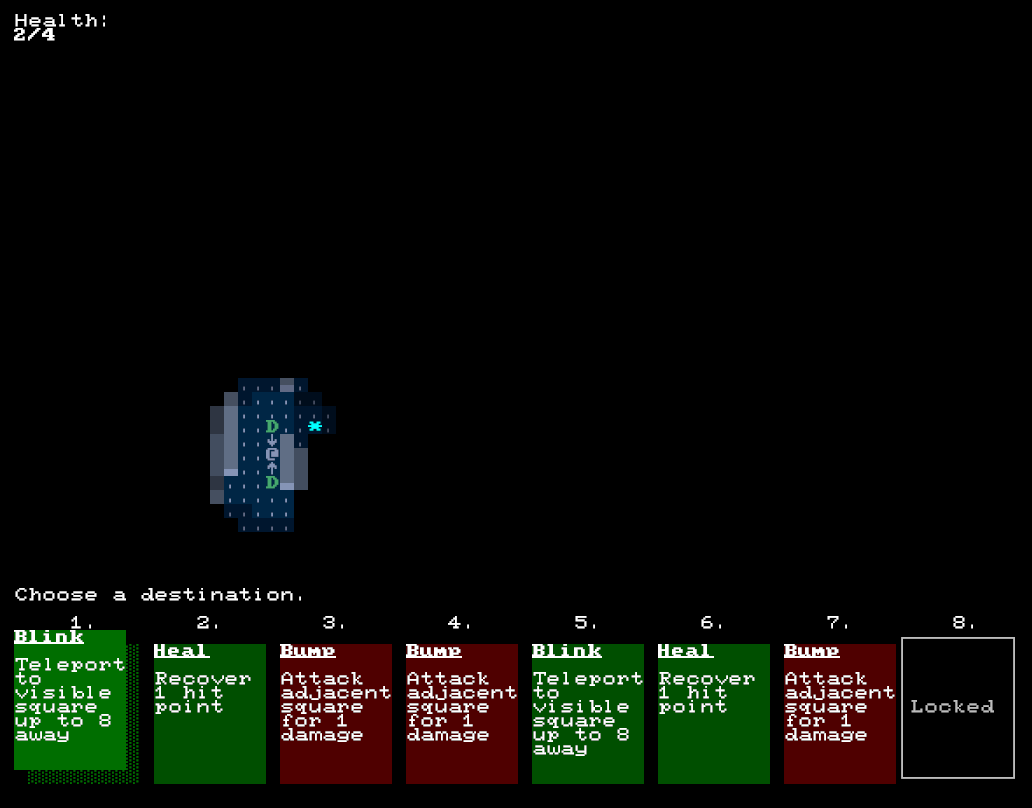 After blinking the game shows a glowing orb at your previous location, which fades out after a few frames, just for fun! 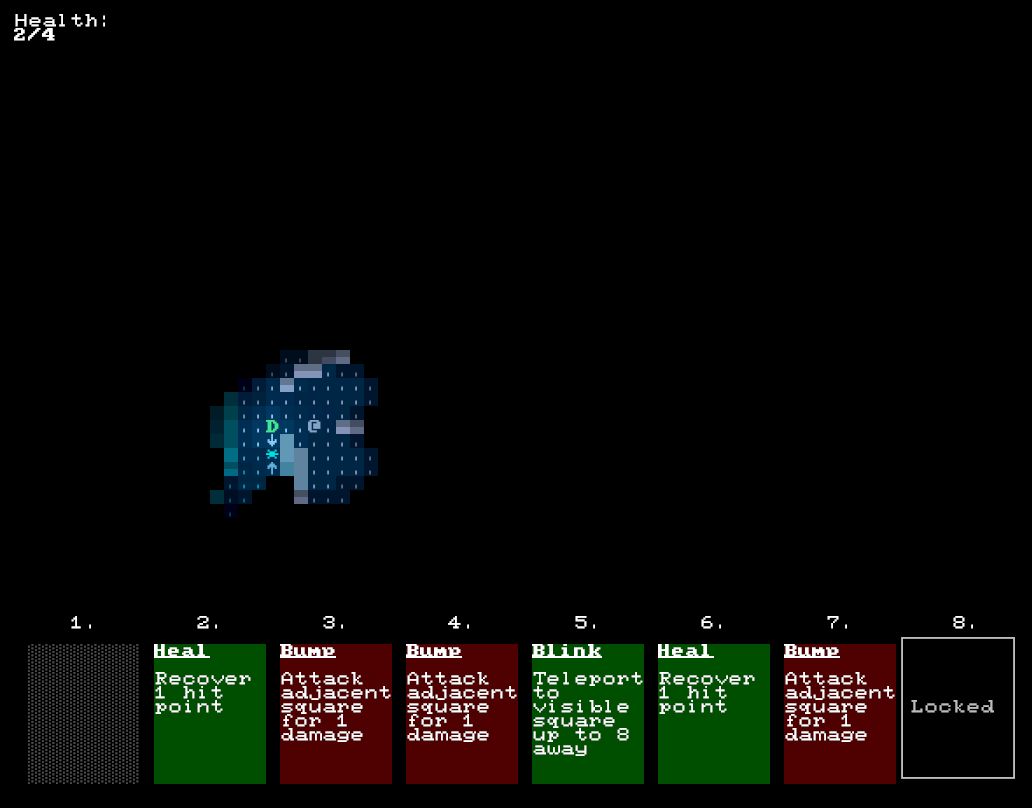 There are currently 3 cards: Blink, Bump, and Heal. Not that the basic framework is in place I’m going to add a bunch more! I also still need to add a deck, and a redrawing mechanic, as well as character progression, which will take the form of adding/removing cards from the deck.

The ui/menu part of the game is starting to resemble what I’ll call “state machine hell”. I use a state machine to represent the application state, keeping track of which menu we’re in, whether we’re in a game, displaying the map, and as of tonight, whether the game is expecting a card parameter, and which type of card parameter.

As the state machine grows in complexity, it becomes more and more painful to manage. When a card requires a parameter, I’d like to effectively call a function which displays the appropriate prompt, waits for input, and returns the result. This isn’t possible as is, since the ui state is tick-based.

After the 7drl I want to think about a futures-style library for composing operations in a synchronous-looking way, while still keeping the ui and game tick based.