Lots of work on rendering tonight. I made a renderer for the current hand, which can display cards, empty spaces where cards used to be (before they were played), and locked card slots which can be unlocked by character upgrade (not yet implemented!). Deck building and actually playing the cards will come later. I want to have a solid framework for displaying card info to players before I add too much content. 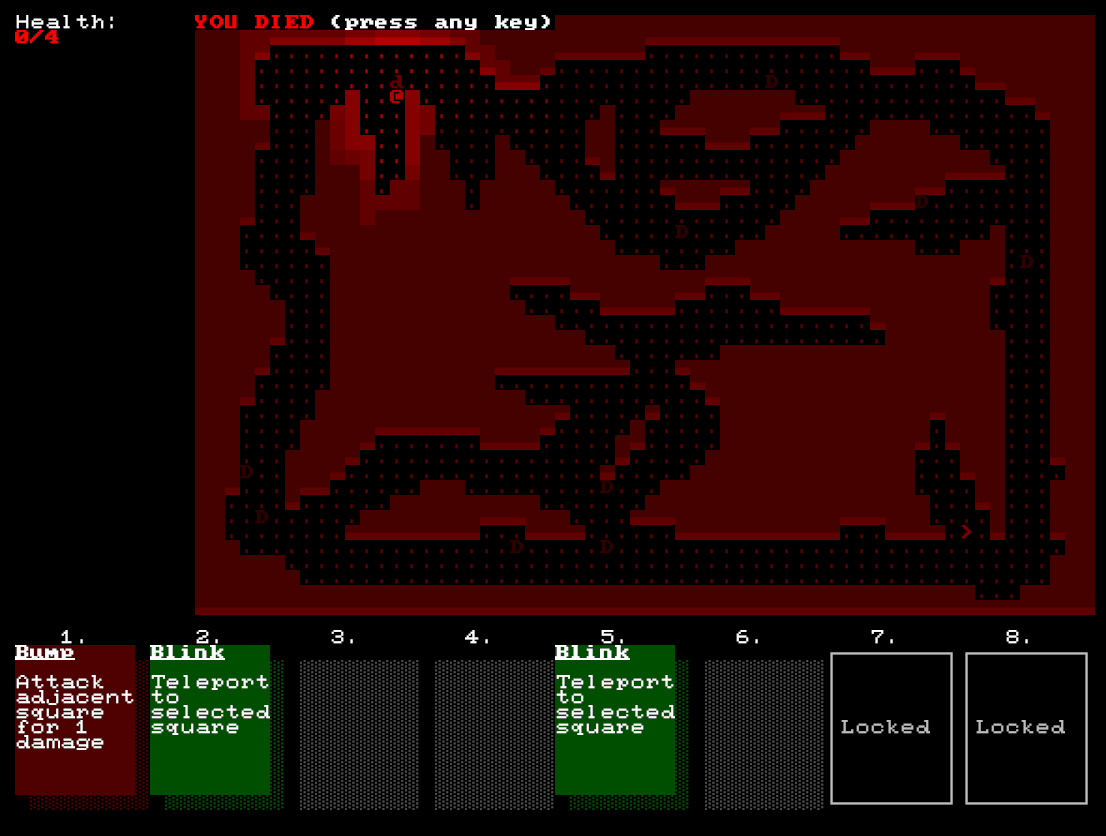 Also, who doesn’t love a good death screen? Hopefully by revealing the map to players when they die, they will think about alternative choices they could have made which might have lead to them living a little longer. It could also tease at some undiscovered content!

Here’s a screenshot from the terminal version of the game showing off the death screen and card display. There is a reduced colour palette, but I think it looks fine. 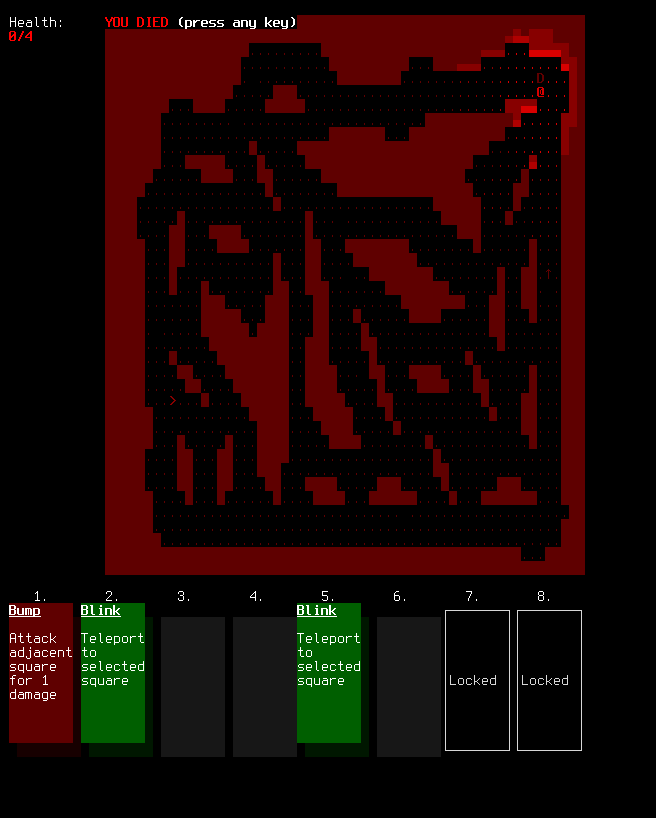 Last year I ran into a problem with the terminal version where dark colours would just come out as black in the terminal, since rgb24 channel values below ~60 get rounded to 0 if you linearly map them to terminal colours. This year I added an escape hatch to the ansi terminal prototty frontend. You can specify a custom colour conversion function, which I used here to brighten all the colours.