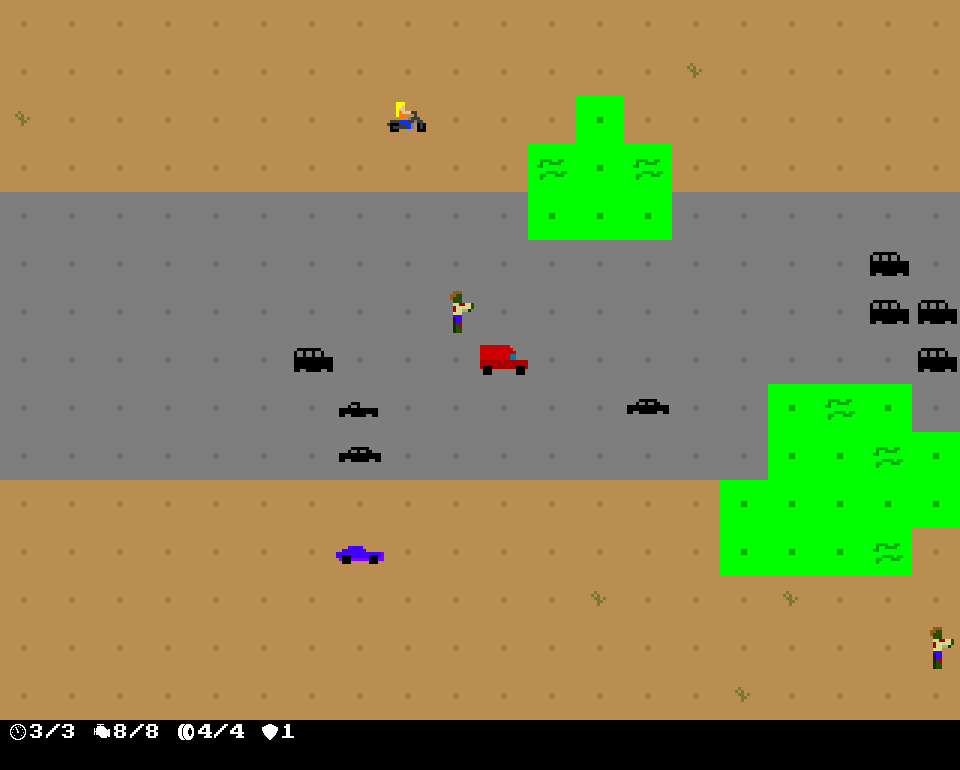 The AI for cars and bikes is relatively simple. On their turn, vehicles try to align themselves with the player, and get within range of the player, so that they can shoot them on their next turn. If a vehicle is already appropriately lined up, then they shoot at the player.

Navigating around obstacles while also attempting to get within range of the player and line up a shot is a much harder problem. In the interest of time, I allow NPC vehicles to collide with obstacles. When I get around to implementing damaging collisions, I’ll give NPC vehicles a chance to avoid damage. Narratively speaking, cars and bikes are much smaller than the delivery van, so they have a chance to stop in time before colliding with an obstacle.

I also spent some time polishing the UI. I increased the size of tiles, and display fewer tiles. The message log is now just a single line. There are also extra gauges, which replace the health gauge. These are currently just for show, but I plan on implementing engine and tyre health, and armour, which will replace the single health bar for the player.

The most interesting bug was when an NPC vehicle ran over a zombie, the vehicle would stop forever. They were still taking their turn, but all movement was being cancelled. The culprit was the interaction of two rules: