The main feature I implemented today was a set of menus that are displayed between levels. These include a shop for buying items (currently just guns), equipping guns to weapon slots (which can’t be done in the field), and inventory management (just removing items from the inventory to make room for more items). 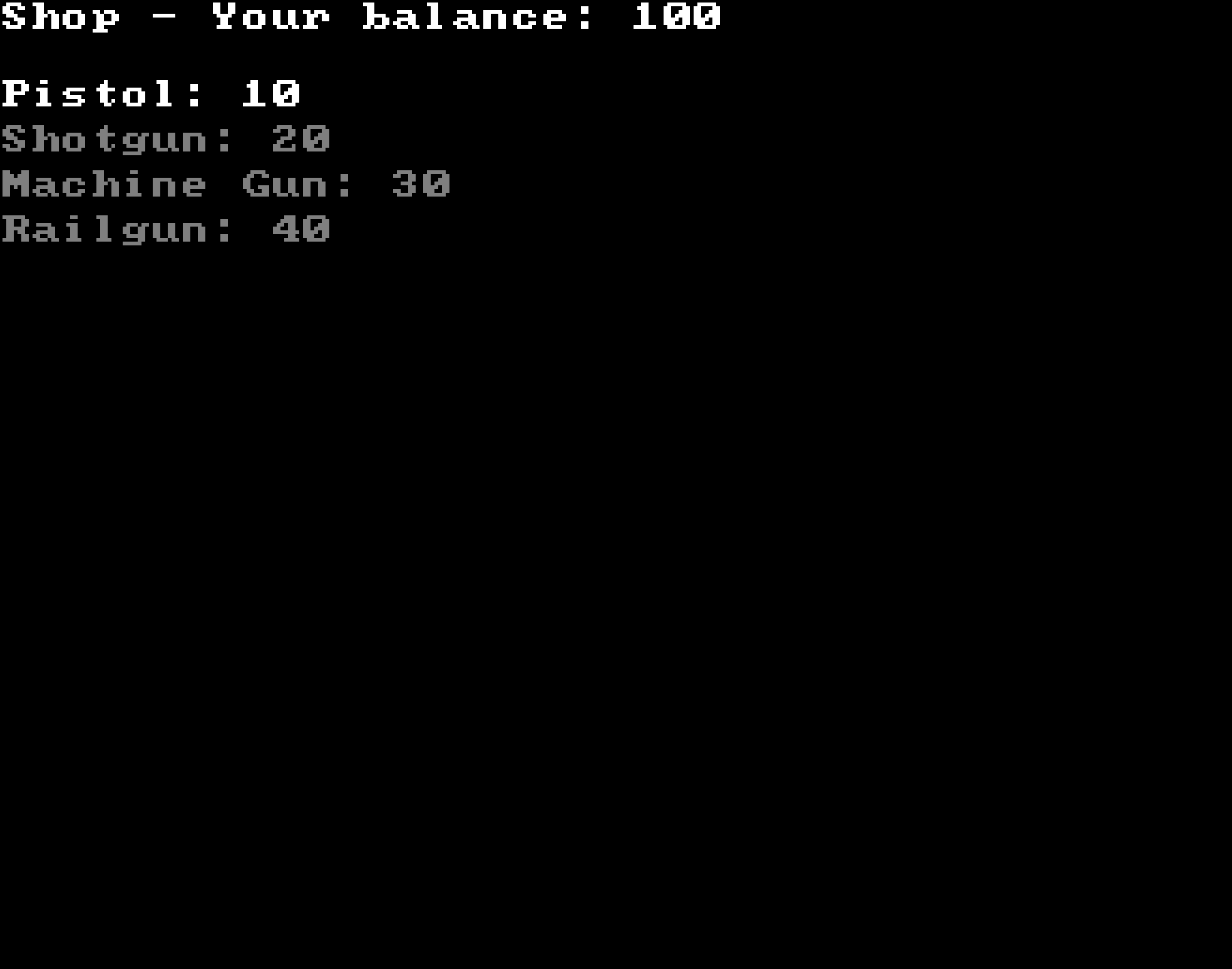 An interesting consideration was integrating this in-between-level logic with the entity component system that the game is built on. Each level has a database of entities, but where is the player when they are between levels? It would make sense for items in the shop to be represented as entities, but which database do they belong in?

I ended up adding an additional entity database for use between levels. When the player gets to the end of a level, all their associated components are moved into this database. The shop is set up in this database too, and entities in the shop can be moved between the shop’s inventory and the player’s inventory.

The most interesting bug I encountered was the logic for switching the player between levels not understanding that some components (namely the inventory and weapon slots) depend on the existence of other entities. Both of these components store a collection of entity ids, which are references into the current entity database (ie. they can’t span multiple entity databases). Thus, when moving the player between levels, any entities referred to by these components must also be moved. 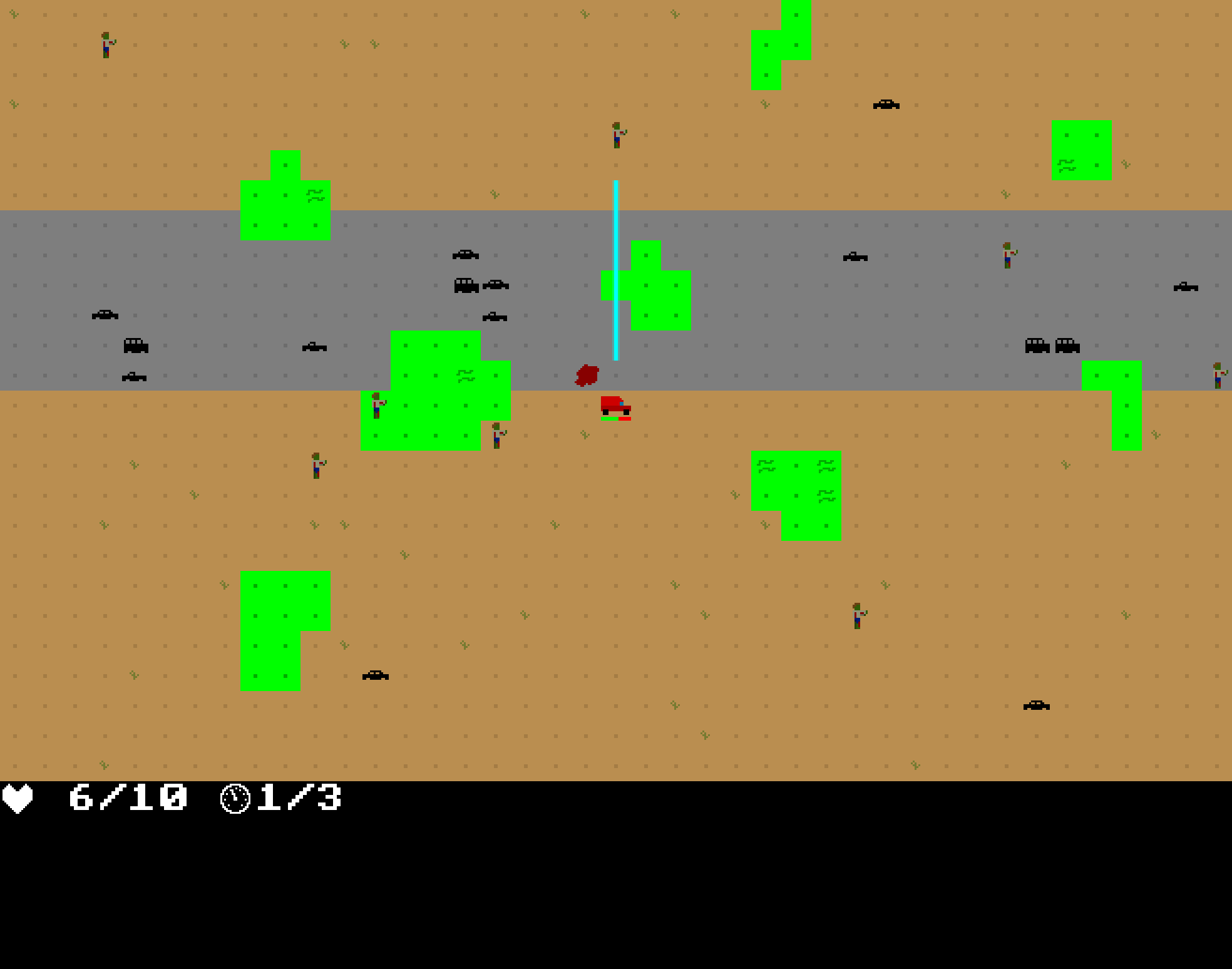 I added a shotgun, a machine gun and a railgun. The image above shows a zombie about to get toasted by the railgun. Also visible in the screenshot above is the current and maximum speed displayed on the heads up display.