The aspect I care most about this year is setting the mood of being inside (or outside) on a rainy day in the woods. I spent most of today building the rain and mist systems.

I also made a very simple procgen system that randomly places trees with density determined with perlin noise. There is also ground topography which will become relevant soon when I implement flooding. The cabin is placed at a high location according to the topography and the player starts just outside the cabin on the side with the door. 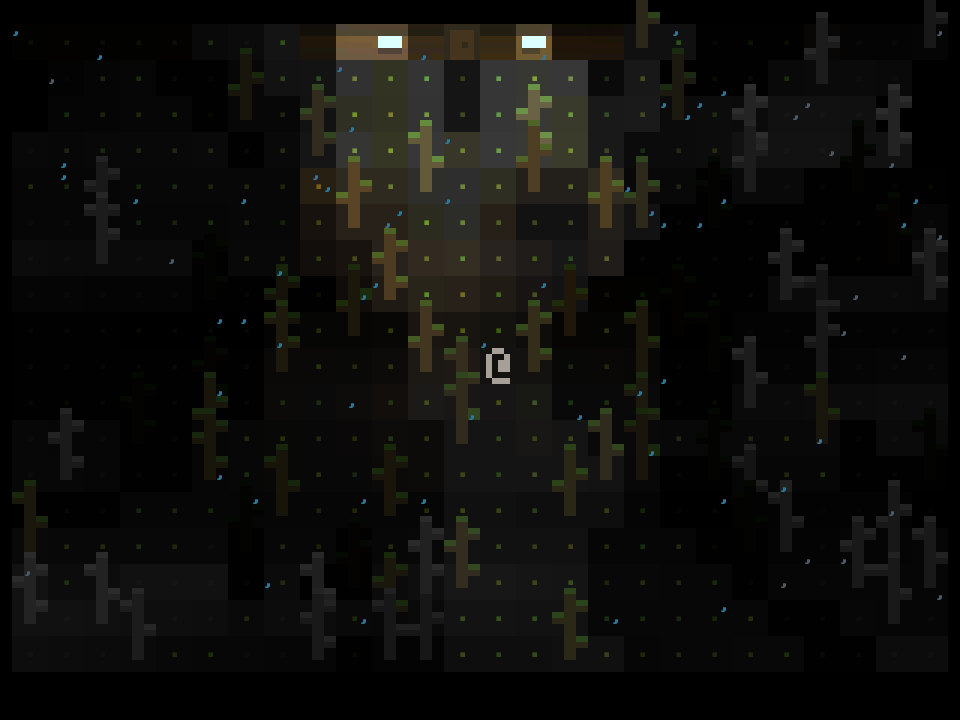 The cabin is supposed to feel inviting, and it gives off a warm glow so the player can spot it in the rain at the start of the game.

I also have a more solid plan for the rest of the jam. The game will take place over the course of several days. This will replace the multiple levels in a typical dungeon crawler. Each day, the map will flood a little more. I generate a topographic map using perlin noise, which I’ll use to implement flooding by flooding the lowest areas first.

In order for the flooding to be mechanically interesting, the player needs a reason to go outside. The loss condition of the game will be the protagonist runs out of motivation to stay in the woods. There will be certain tasks that can be done once per day that refill motivation:

The idea is that the player will form a daily routine which they can optimize and defend from the rising water.

Motivation can be depleted by:

It will also gradually deplete over time at a rate that necessitates doing about half of the motivation-building tasks each day.

The player can stand under a tree to reduce the effect of being rained on, and they can move rocks to make stepping stones across flooded areas.

As time progresses, the rain gets heavier, and the flood waters rise. To mitigate the effects of this, there are some items that the player can unlock by doing quests.

Each day the player will have several quests available to them which grant one of these items. They’ll all require the player to go to a location and perform some action. The quest description will be in terms of landmarks, e.g.

This means the map will need landmarks:

I also added ruins to the terrain generator that just load the pre-fabricated section of the map from a text file and rotate it a random amount. 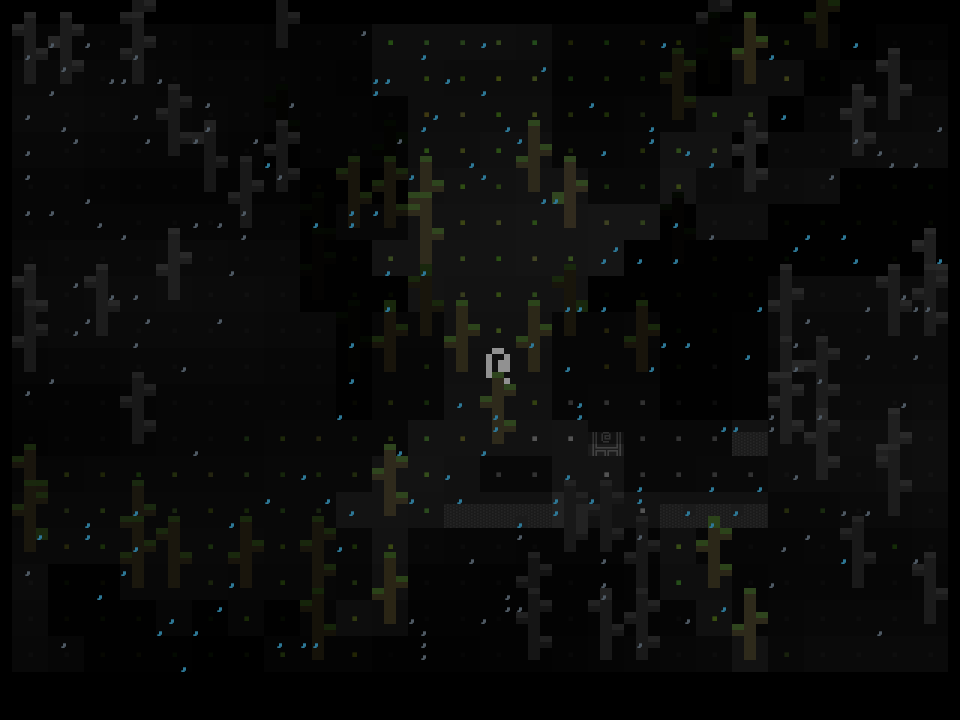