I got through a good amount of core gameplay mechanics today including NPCs, projectiles and destructible terrain. I also spent some time focussing on flair, such as special first and last levels, animations in the game menu, death screens, and smoke trails on bullets. 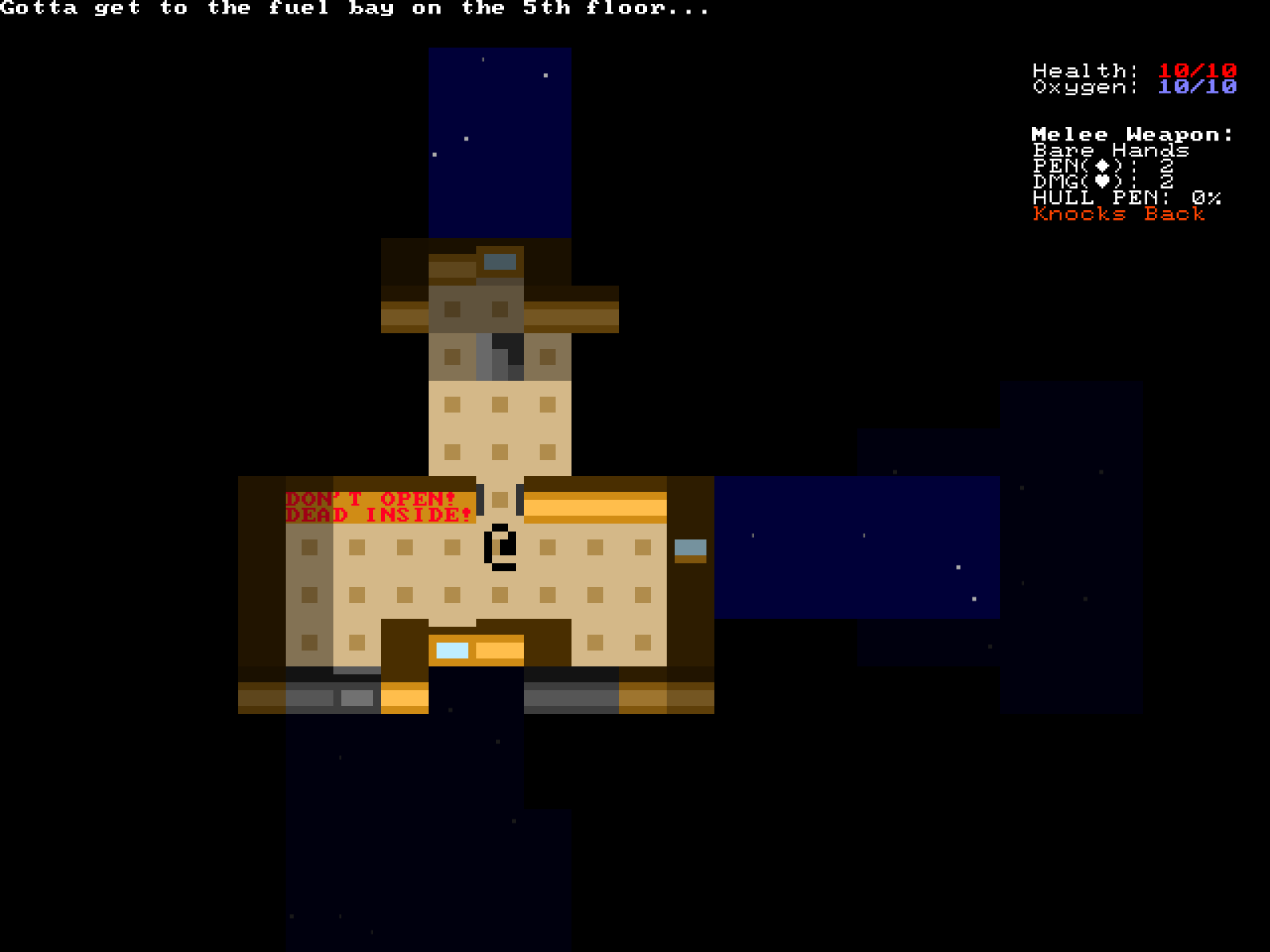 I added a simple enemy that patrols until it finds the player and then chases them. 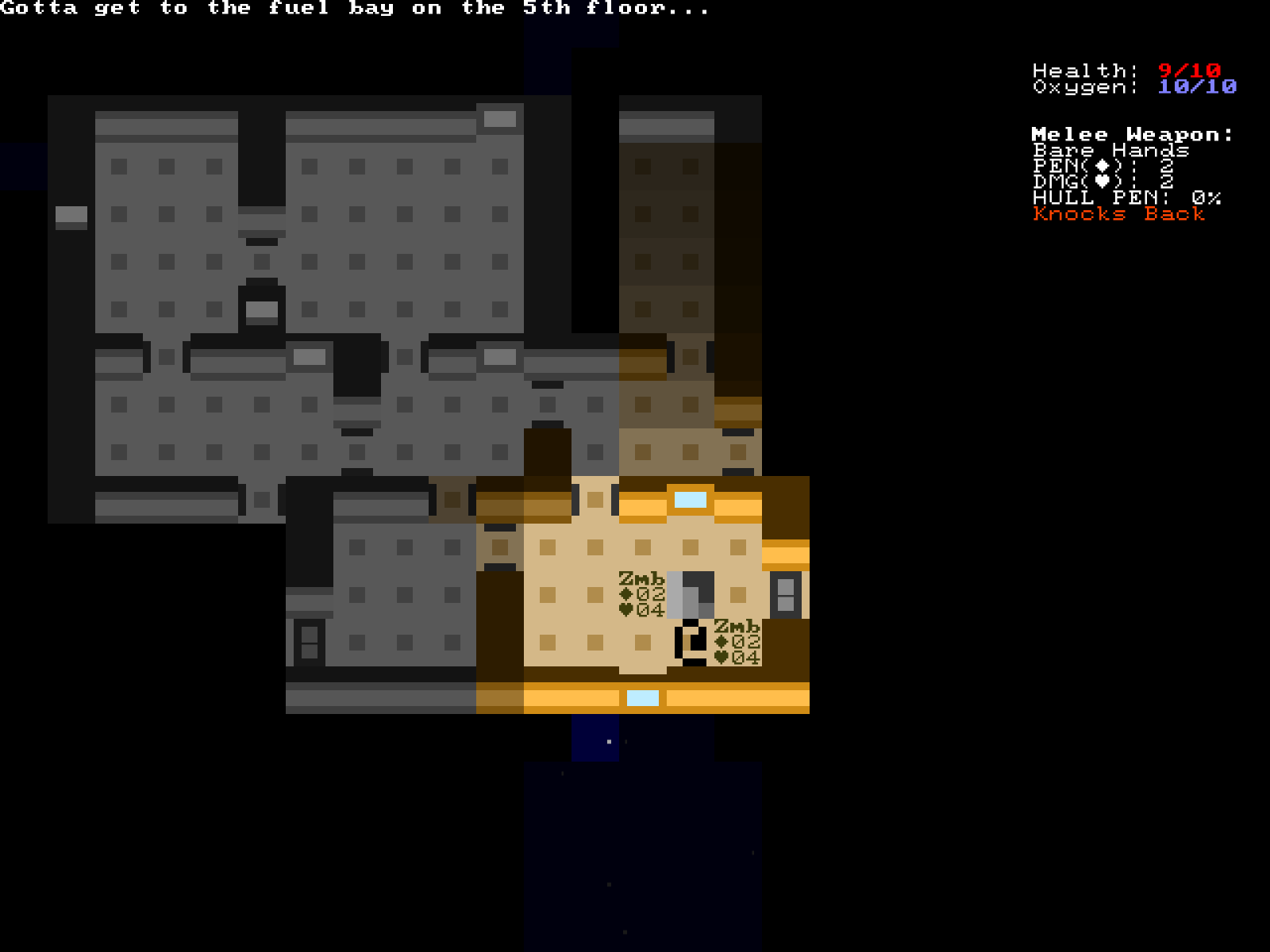 There’s melee bump combat. The player can kill zombies and zombies can kill the player. 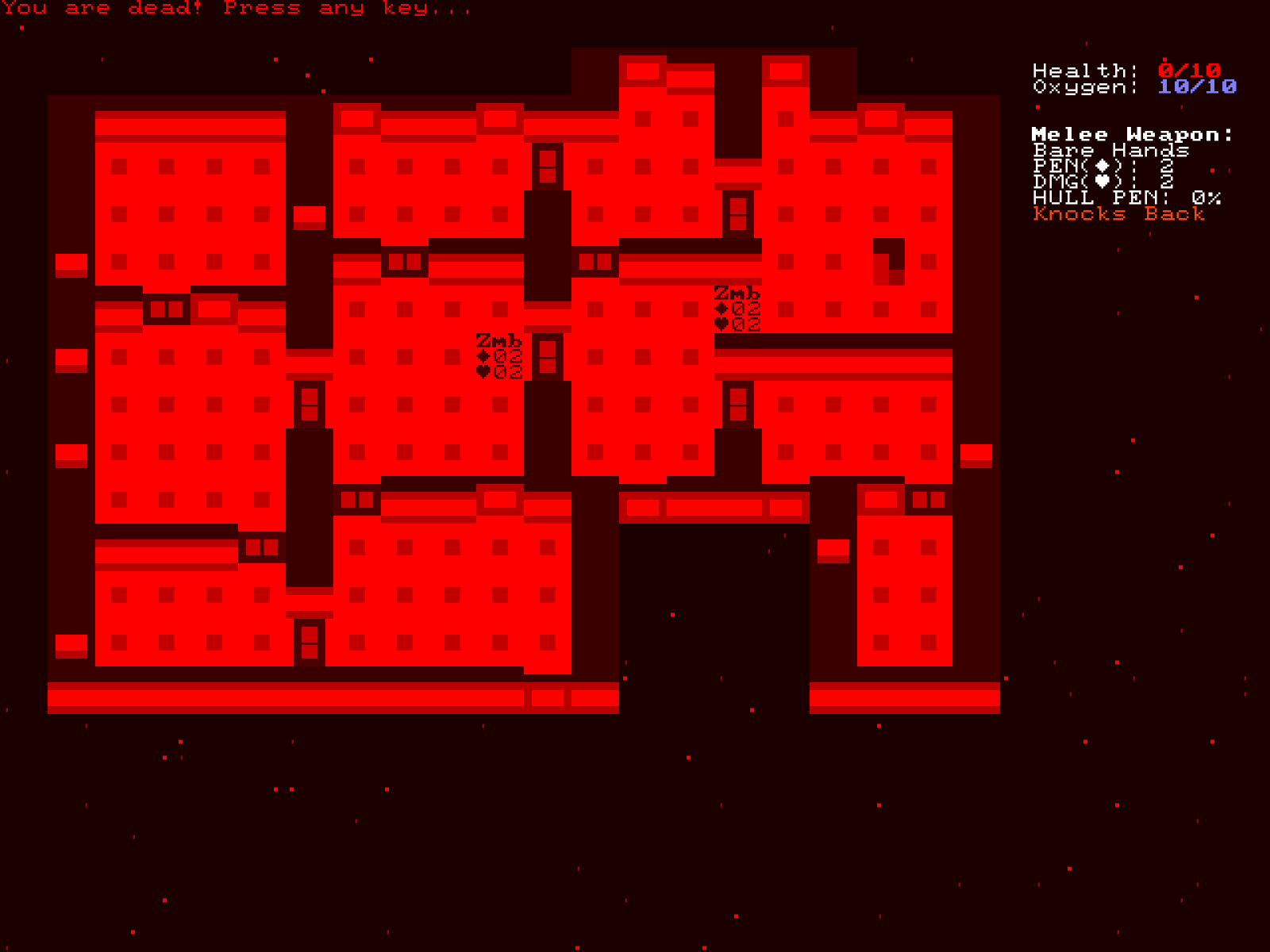 NPCs in the Menu

Rather than just running the renderer in the menu screen, the whole game engine now runs, with NPCs taking their turns every couple of seconds in real time because it’s cool. 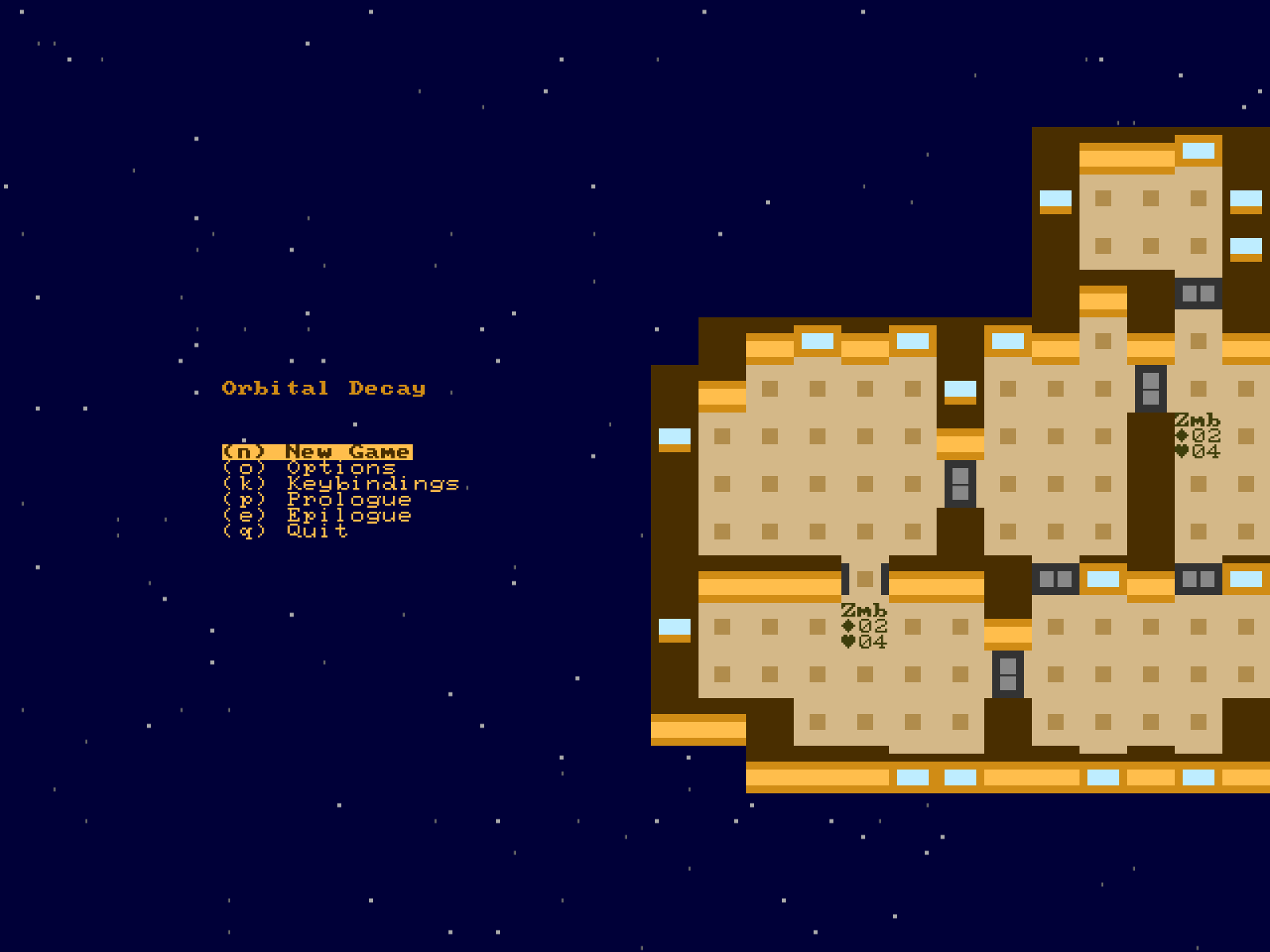 The game will eventually feature destructible terrain. When rendering the region of the map that the player has previously seen, but can’t currently see, I need to account for the fact that the terrain may have been destroyed since it was last visible. I do this by storing the last-seen tile at each location.

Here’s how it looks when you forget to clear tiles when the entity moves to a new location: 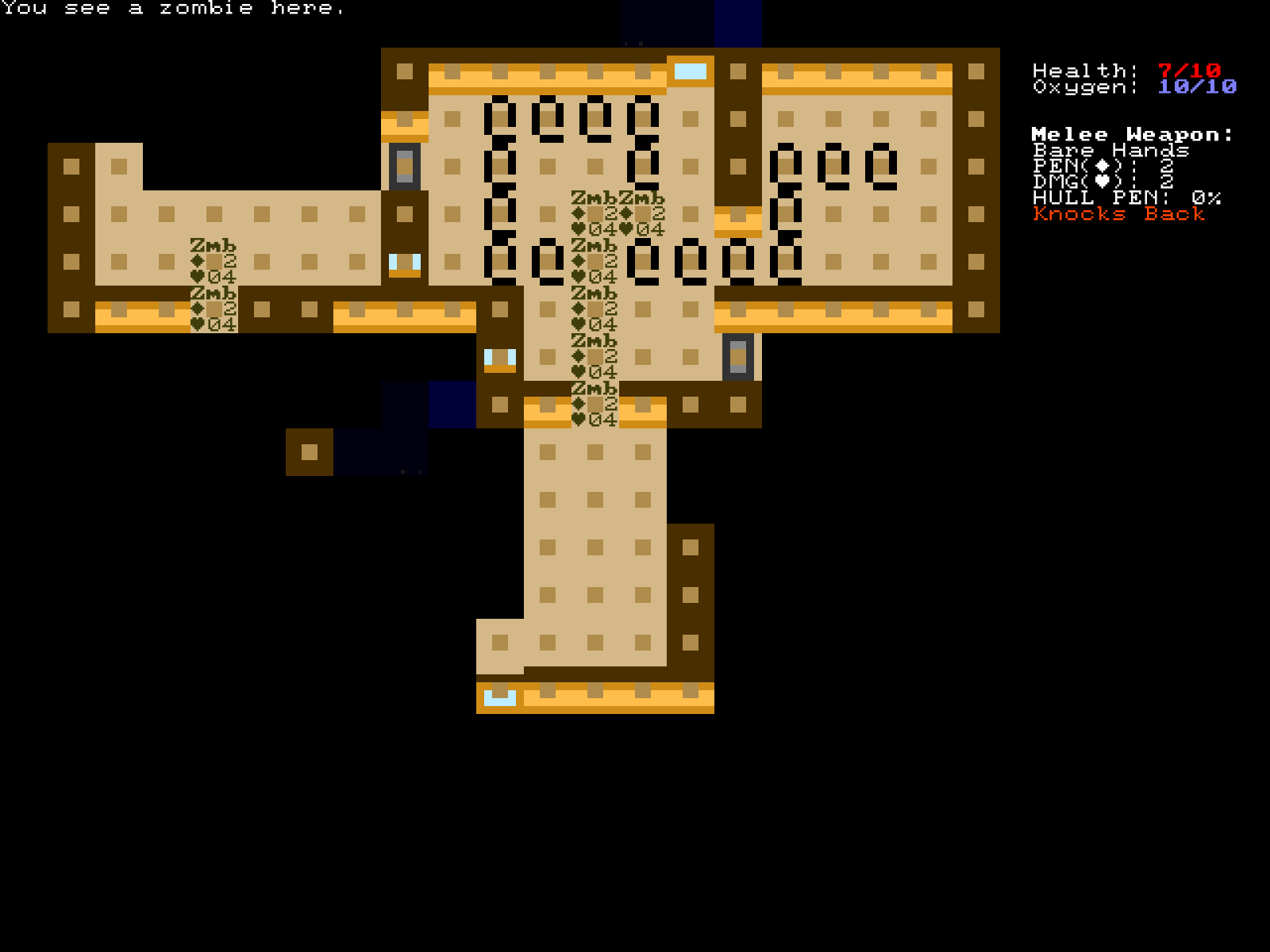 The first level of the game is short with no combat to set the scene.

The stairs on the final floor are replaced with a “fuel bay”, and walking over it ends the game. 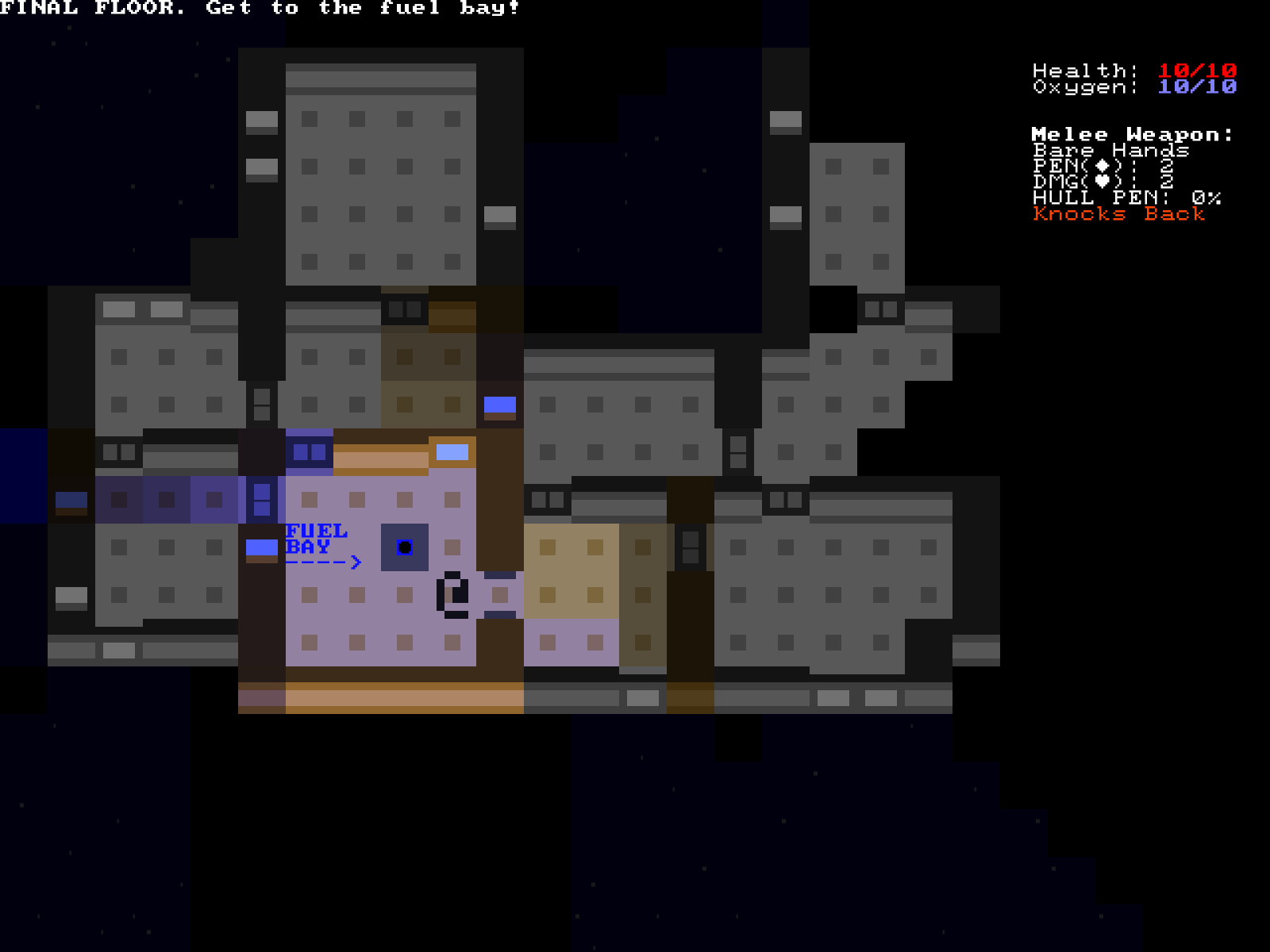 It’s now possible to fire bullets in cardinal directions. When a projectile hits an enemy with lower armour than the projectiles PEN, the enemy is damaged and the projectile’s PEN is reduced by the enemy’s armour. If the PEN is positive after this, the projectile continues along its trajectory until it collides with another enemy or the hull.

I pulled the particle system out of an old project so the bullets leave smoke trails which dissipate in real time. 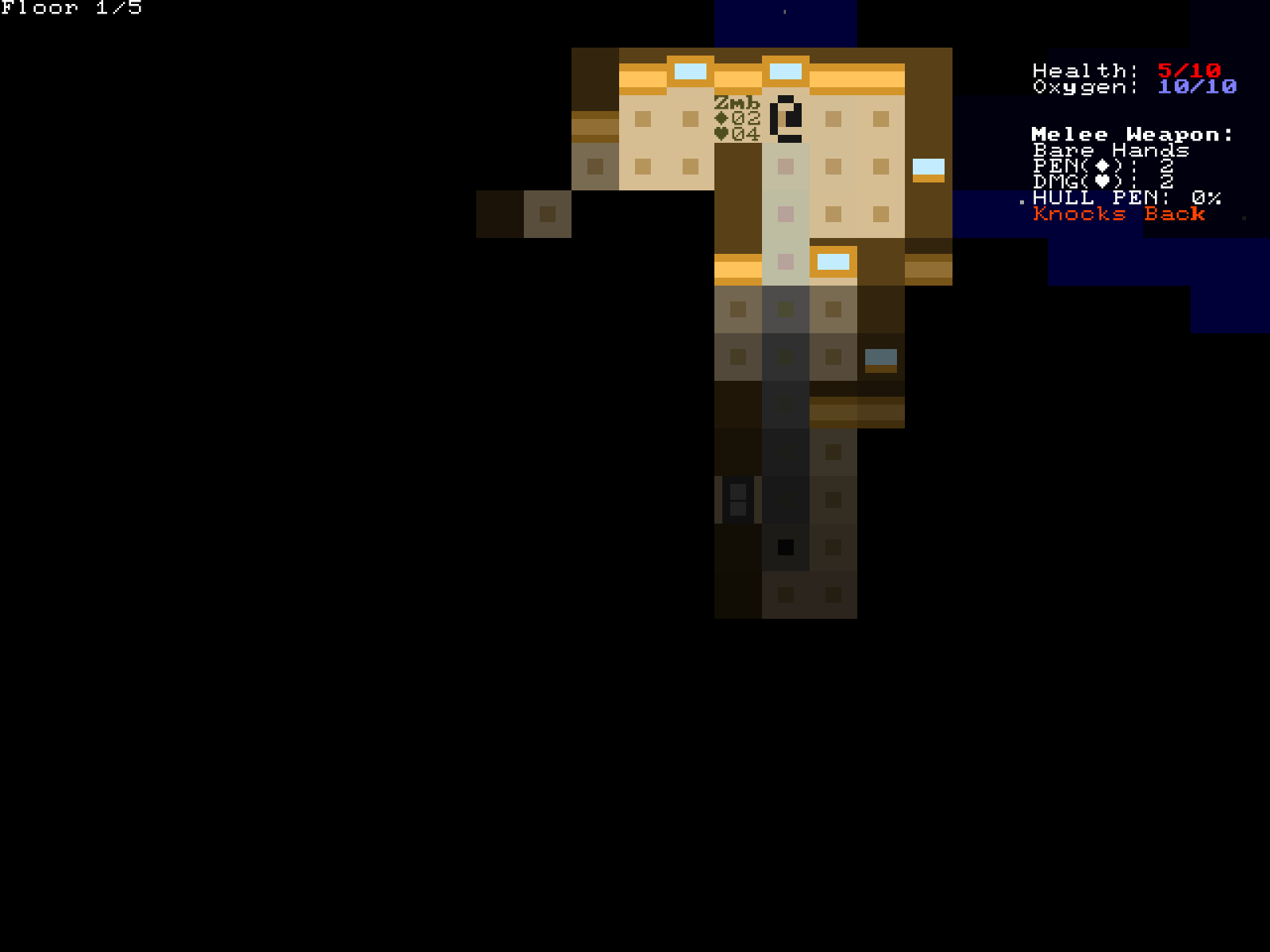 Certain entities (generally all the walls) can be destroyed by shooting them. Each weapon will have a certain chance of penetrating the hull. I haven’t implemented the decompression mechanic yet. 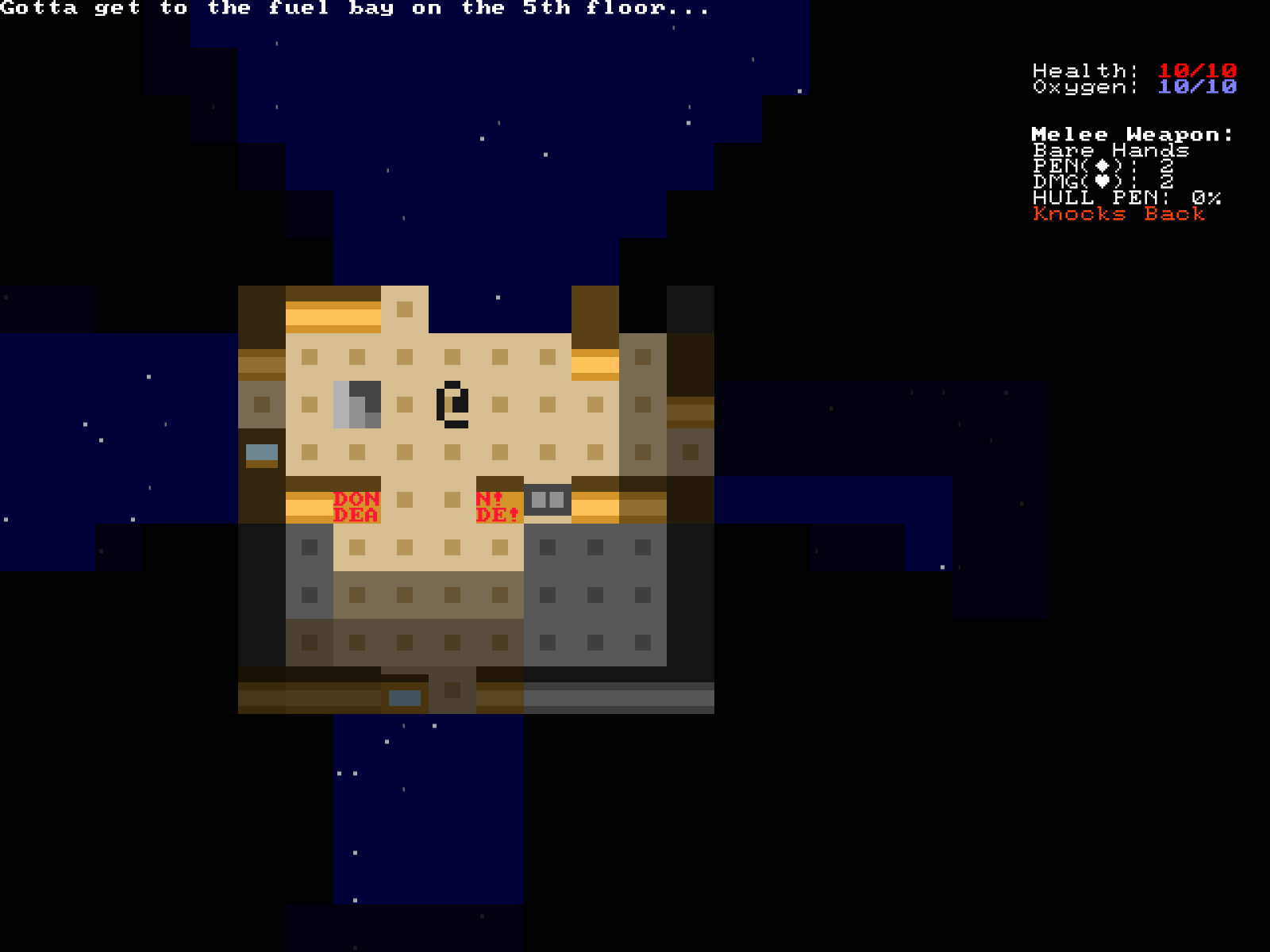 You lose if you step into the void 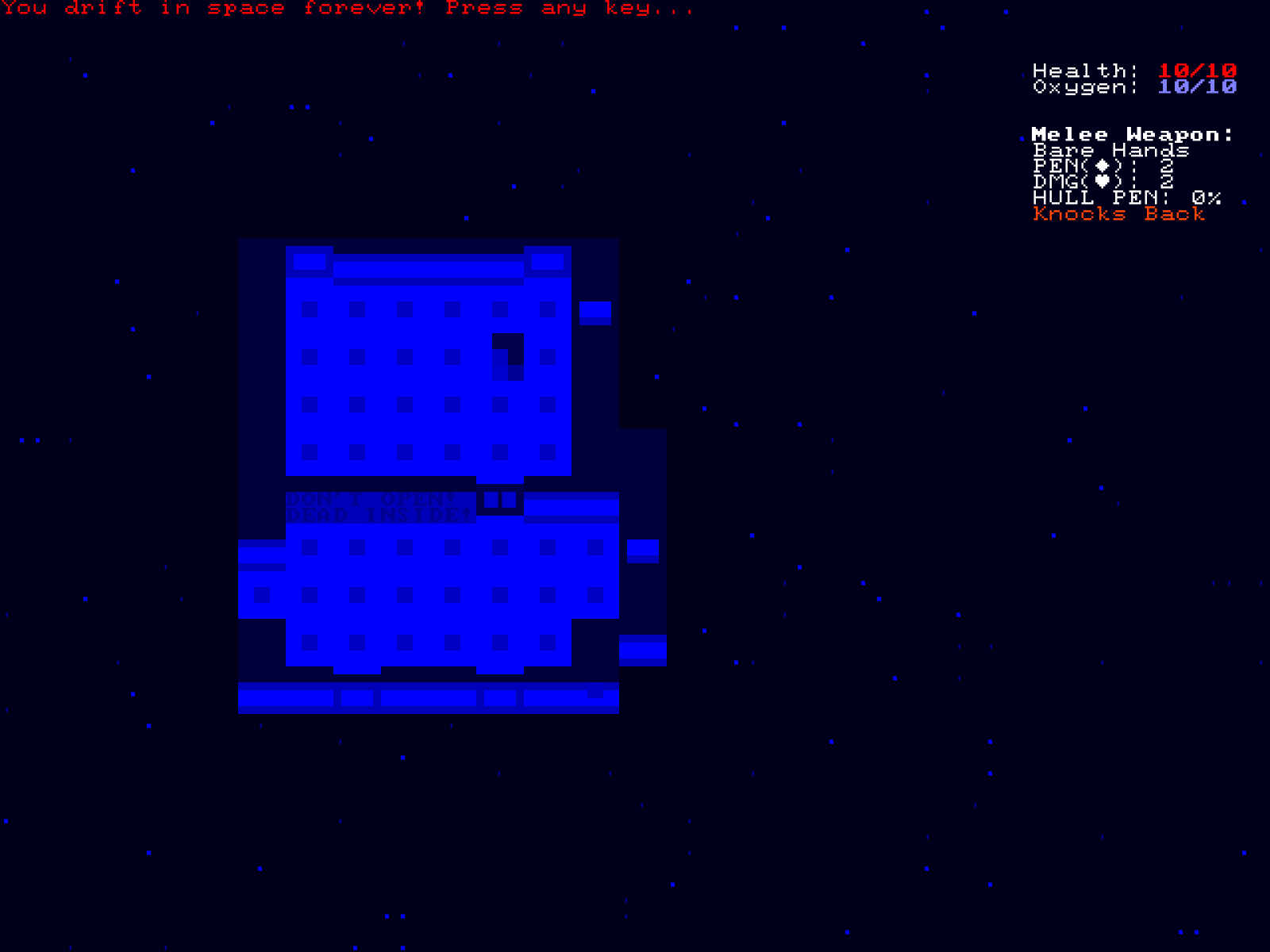 I forgot to prevent NPCs from walking into the void, so they escaped the ship to explore the heads up display! 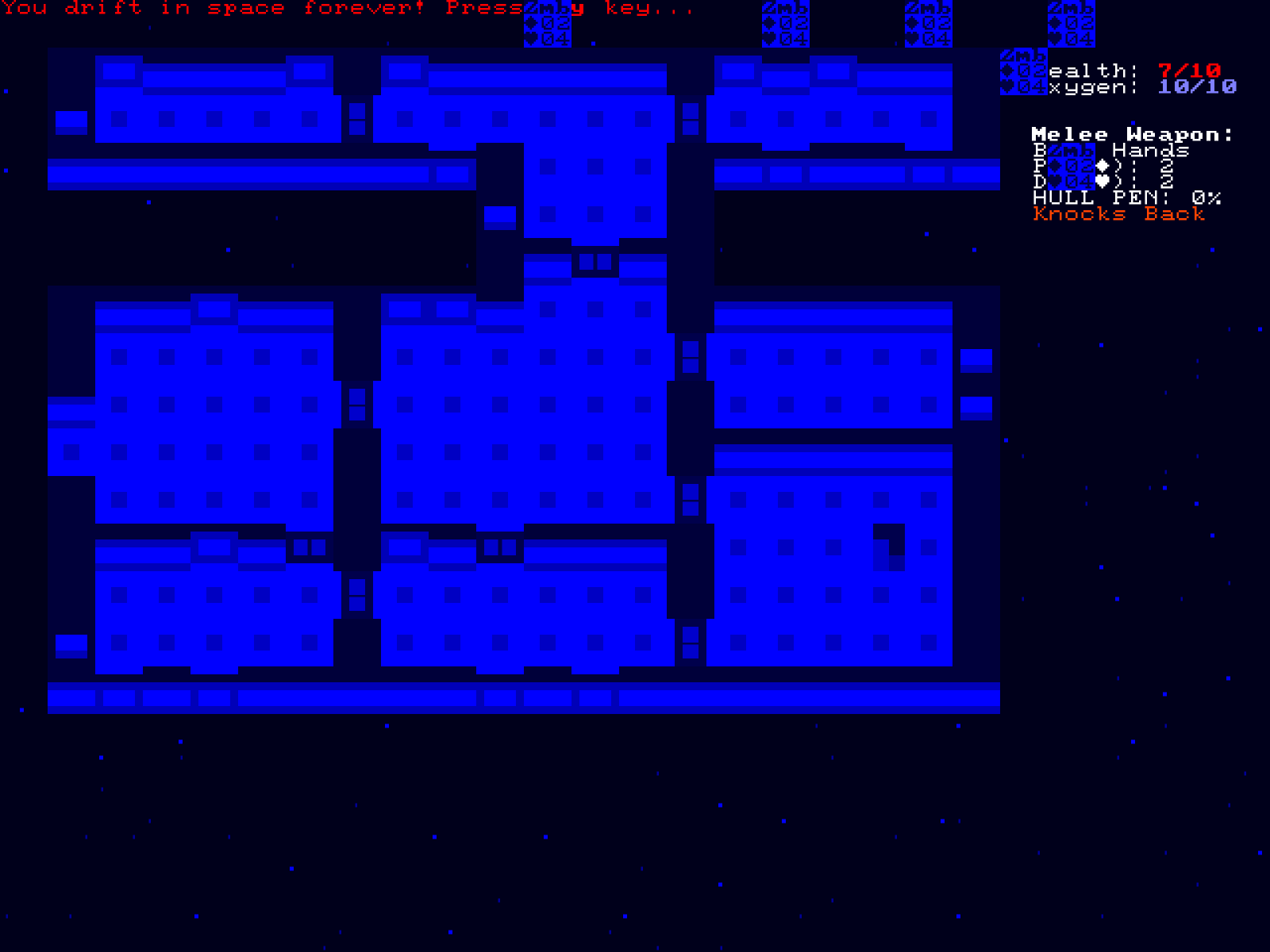