I configured WFC for generating spiky caves. Much like staring at clouds, I often recognise shapes in the generated levels: 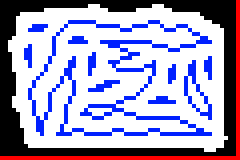 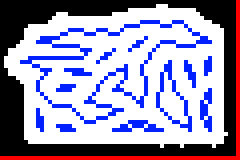 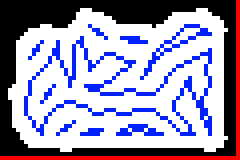 Unfortunately in the finished game the internal details won’t be visible to the player.

Here’s the input to WFC: 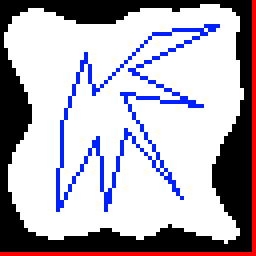 I also had to manually constrain WFC with some hand-crafted rules, such as never choosing a fully-white tile, and preventing certain border tiles from appear too far from the edge.

I made a little tool to converts images into text files which are parsed by the engine. I preferred this to having the engine parse images directly because it would add dependencies and slow down builds.

Generating terrain in the game engine (I haven’t updated the tile set yet!): 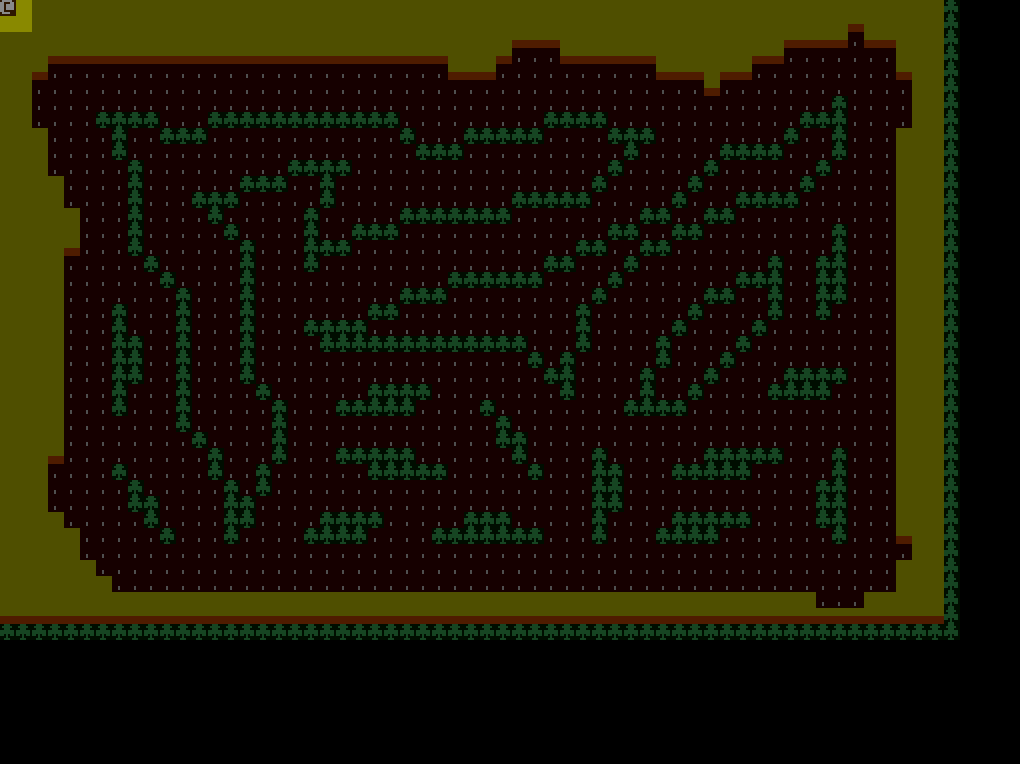 Post-processing to fill all but the largest contiguous open spaces (and replacing trees with walls): 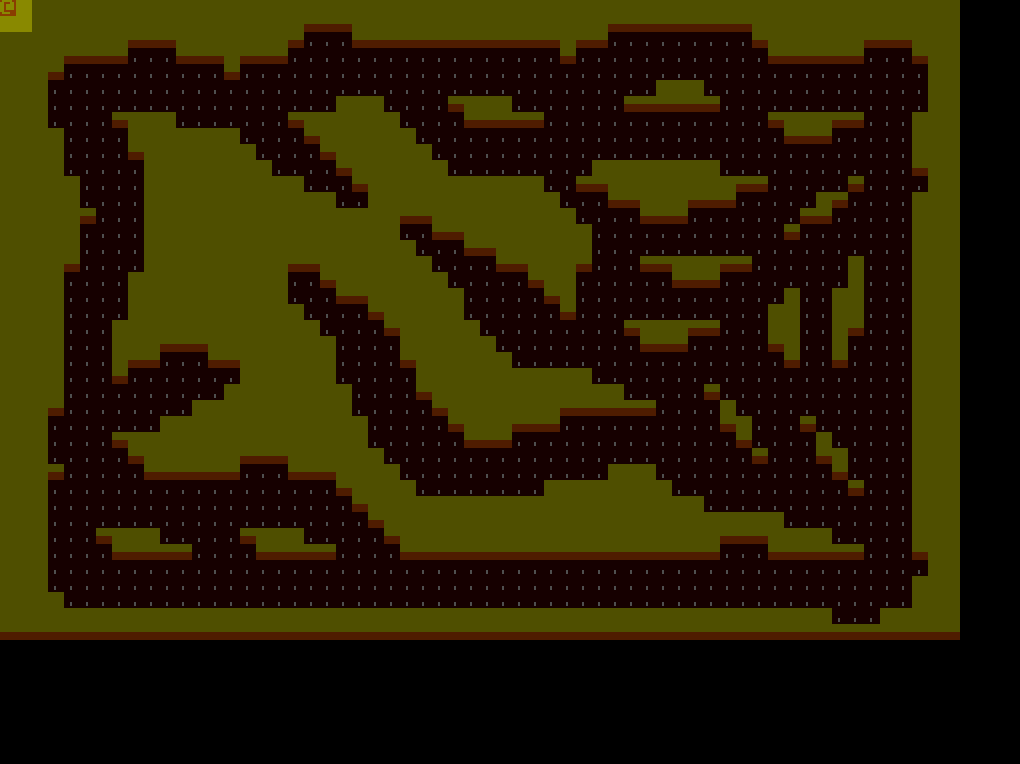 Fixing up the colours and positioning the player and stairs: 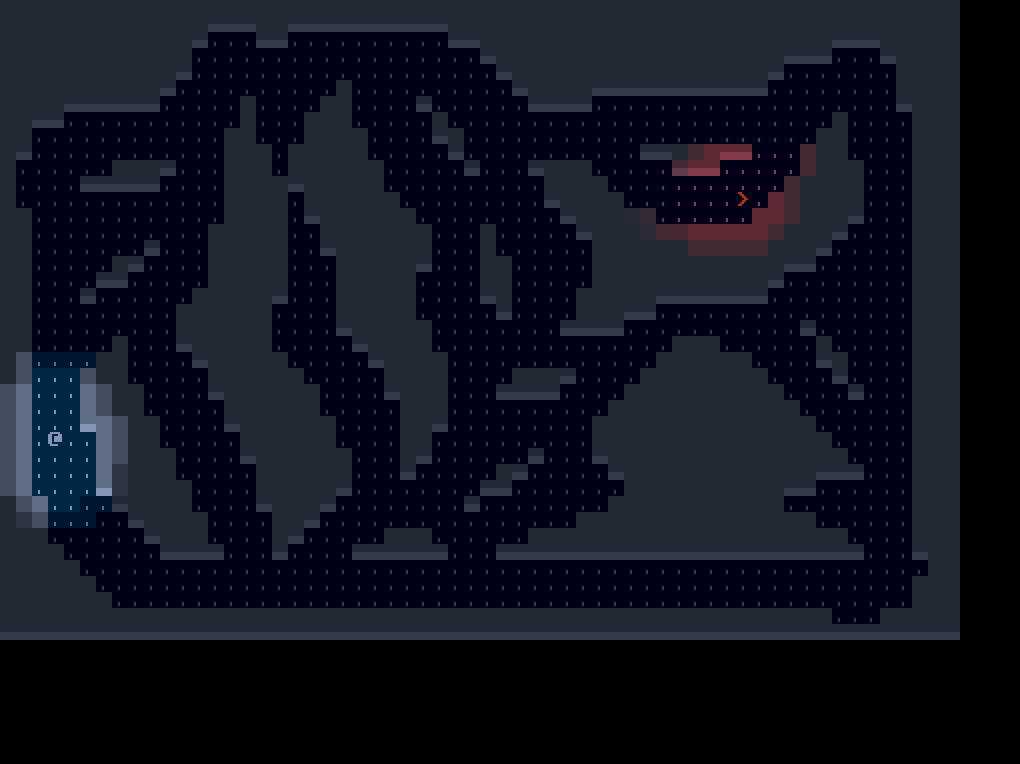 Turning off omniscience and ambient light: 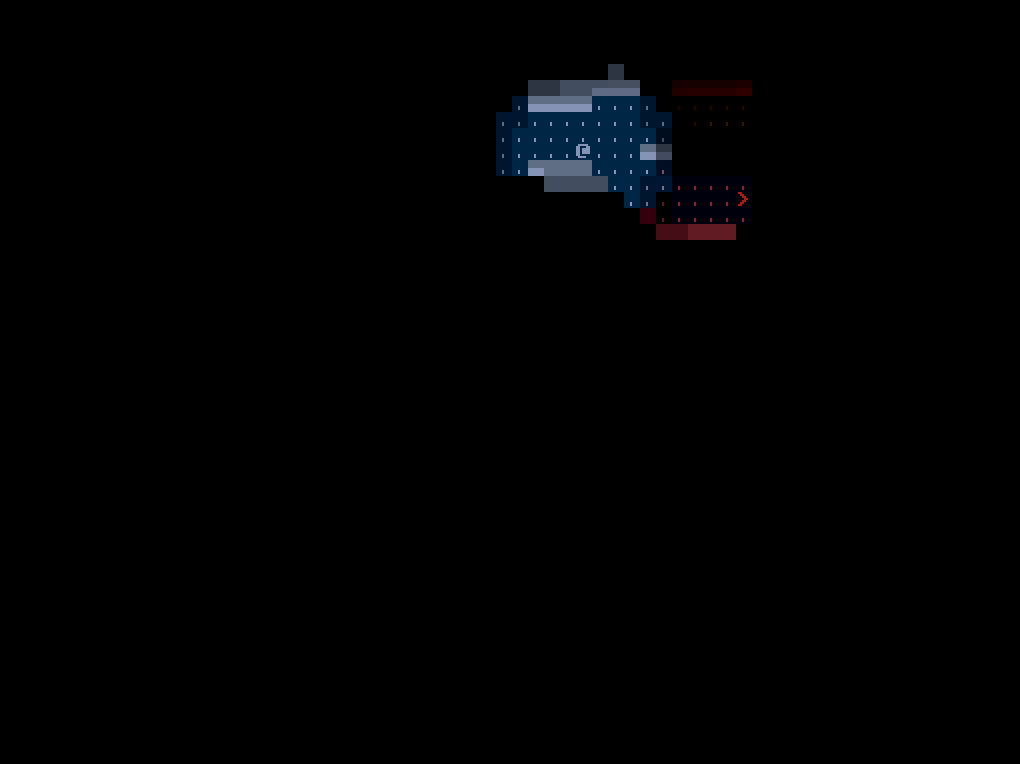 The walls are made of ice, so light penetrates two cells deep.

A problem I’ve noticed with diminishing lighting in roguelikes is showing players discovered-but-not-visible areas. If light diminishes to near black at the edge of the player’s vision, what colour do you make the previously discovered area just beyond the player’s vision? Normally you would render it darker than the visible area, or maybe render it in greyscale, but neither of these look very satisfying.

I propose an alternative. Press ‘m’ to toggle the map: 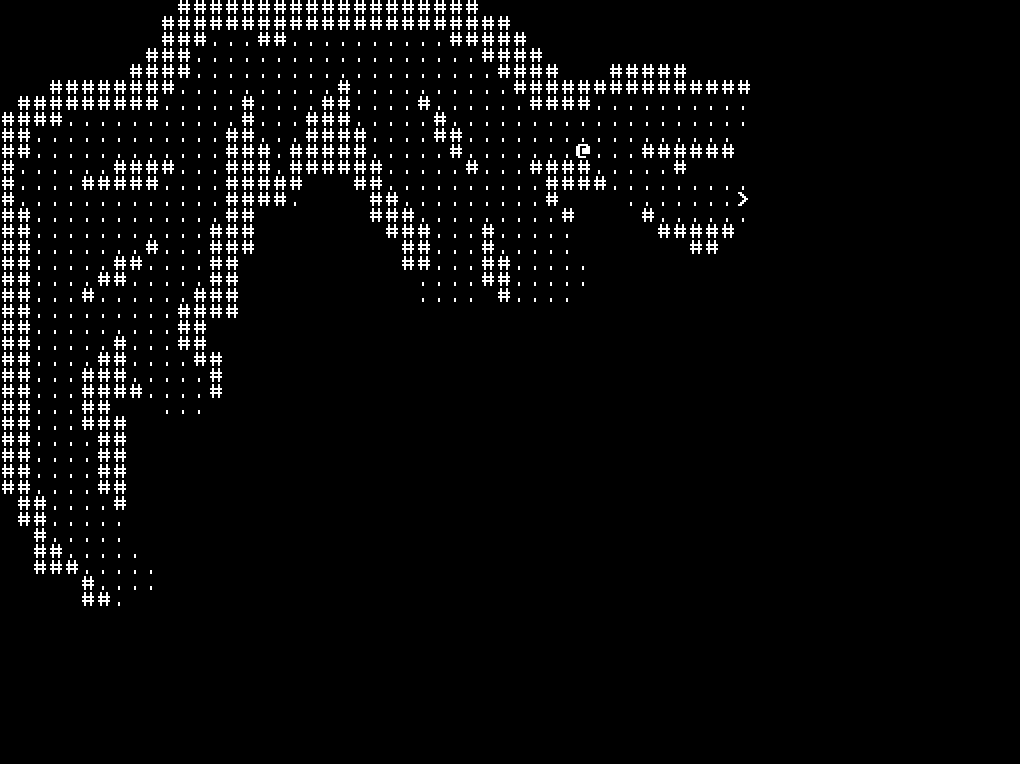 This feature was already in the engine prior to the 7drl, but I thought it merits mention here.

Running WFC compiled in debug mode is slow. Terrain generation takes 10s of seconds in debug builds, and 1-2 seconds in release builds. It’s much faster to compile in debug mode than release mode. Being able to quickly make a change and test it out is valuable when working on a game. Long term it would be worth making a pre-built release-mode WFC binary which is separate from the game binary, and having the game binary invoke the WFC binary. This way I can run build the game in debug mode (quickly) and invoke a release build of the WFC algorithm.

I’ll investigate this after the 7drl is done. Until then, building in release mode without link-time optimisation seems to minimise the sum of build time and terrain generation time.

On a similar, but more positive note, I’ve come up with a workflow for crafting input images and manual constraints for WFC, where I draw an image in a paint program, run WFC on it, and inspect the output, also in a paint program. If output tiles show up in places where I don’t want them, I find the tile’s location in the input (manually,s but this is easy), and update the constraints to prevent that tile from showing up. Rinse and repeat. Once I’m happy with the configuration, I export the image to a text file with my tool, and add the constraints to the game code.

The wfc repo contains a number of example apps for generating images and each one prints its rng seed when it starts. This is massively useful, since if there’s an anomalous output indicating a bug in my WFC implementation or a missing constraint for level generation I can re-run the generation with the same seed after attempting to fix the tool. I can also add debugging printouts and rerun the tool and trace what happened. If the problem manifests itself 1% of the time, it would otherwise be nearly impossible to confirm that the bug is fixed.

The game engine also prints out the rng seed each time it runs for the same reason.

A note on pathfinding

Last year I made a library called grid-search for doing pathfinding on a grid. I’m using this library again this year. It’s largely unchanged. Pathfinding works, but NPCs still walk through one another and don’t interact with the player at all. Also, NPCs swarm towards the player, even if they haven’t seen the player yet. A simple fix for the latter is to only wake up NPCs when the player first sees them.

The only part of grid-search that I actually use in this game (and last year’s game) is distance maps, a data structure storing the distance between every cell in the grid to the player (or other points of interest). After the 7drl I will split distance maps into their own library and stop maintaining grid-search (not that I’m really doing much maintenance anyway. 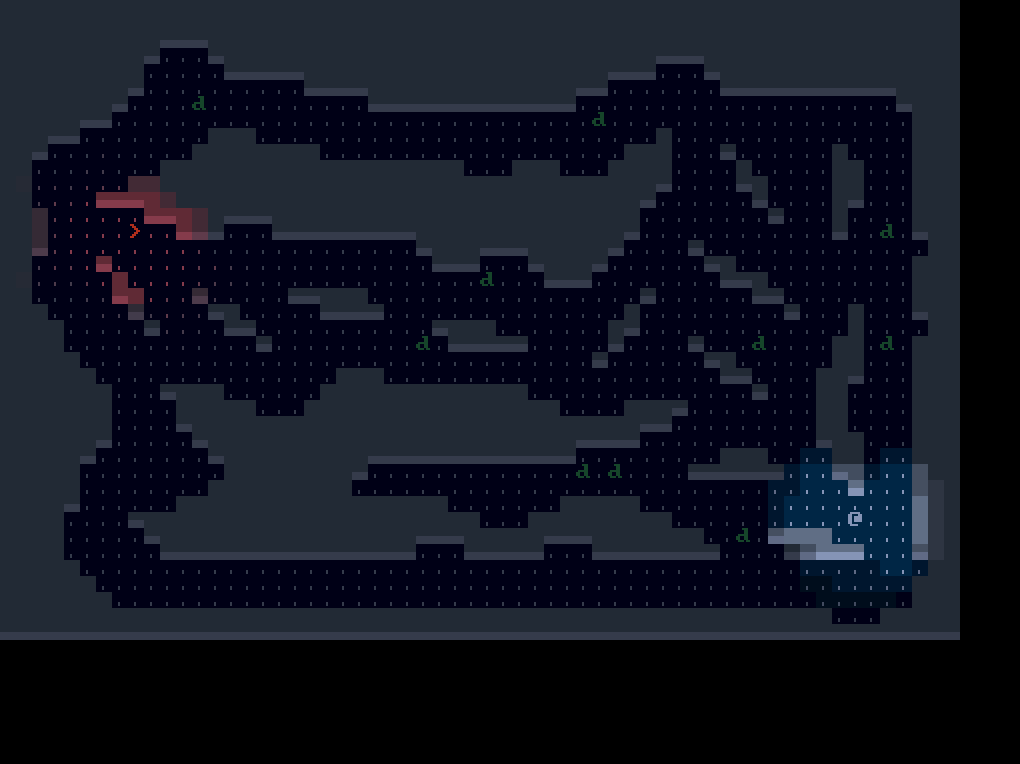