In this screenshot, the player has just activated an emergency beacon - the objective of the level. Doing so alerts all NPCs of the player’s presence, so getting to the stairs will be challenging. 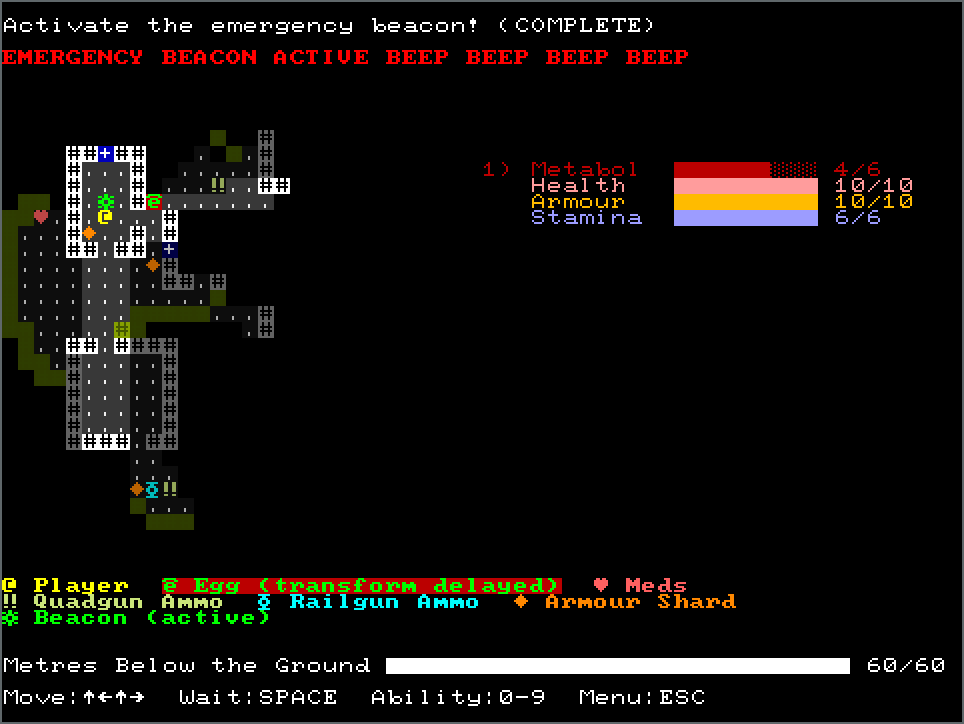 Another new objective is killing some “super eggs” before they hatch. The game displays a bar for each egg, showing how close it is to hatching. If an egg hatches, you fail the objective, and don’t receive any upgrades for completing the level. Also, a Queen hatches from the egg. 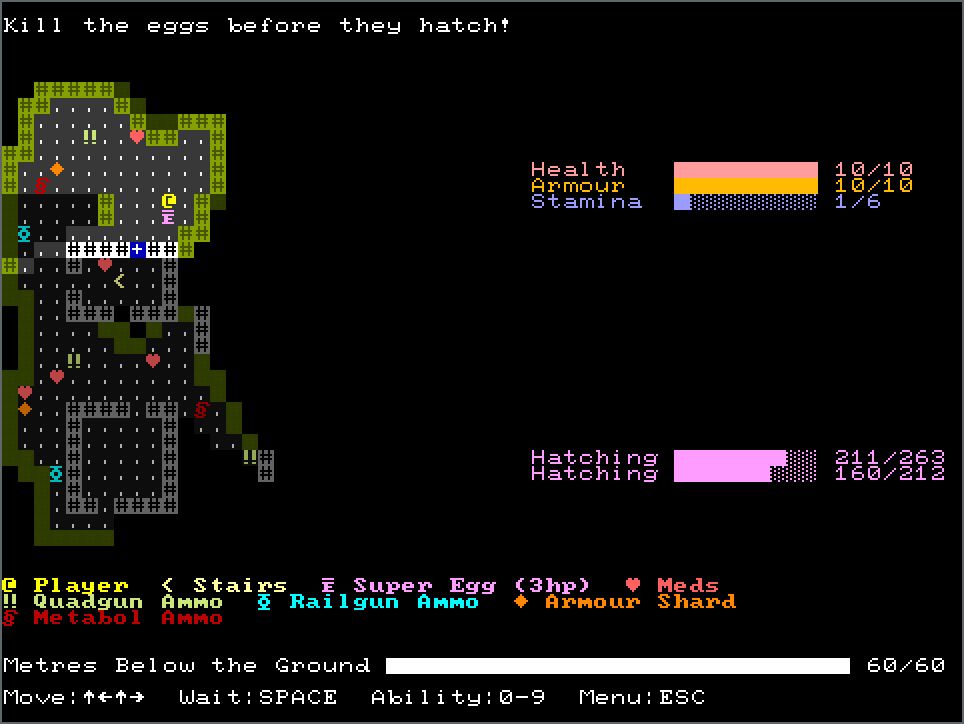 The first new meter is the compass. It shows the shortest distance (ignoring NPCs) from the player to their nearest objective, or the stairs/exit if the level’s objective is complete. 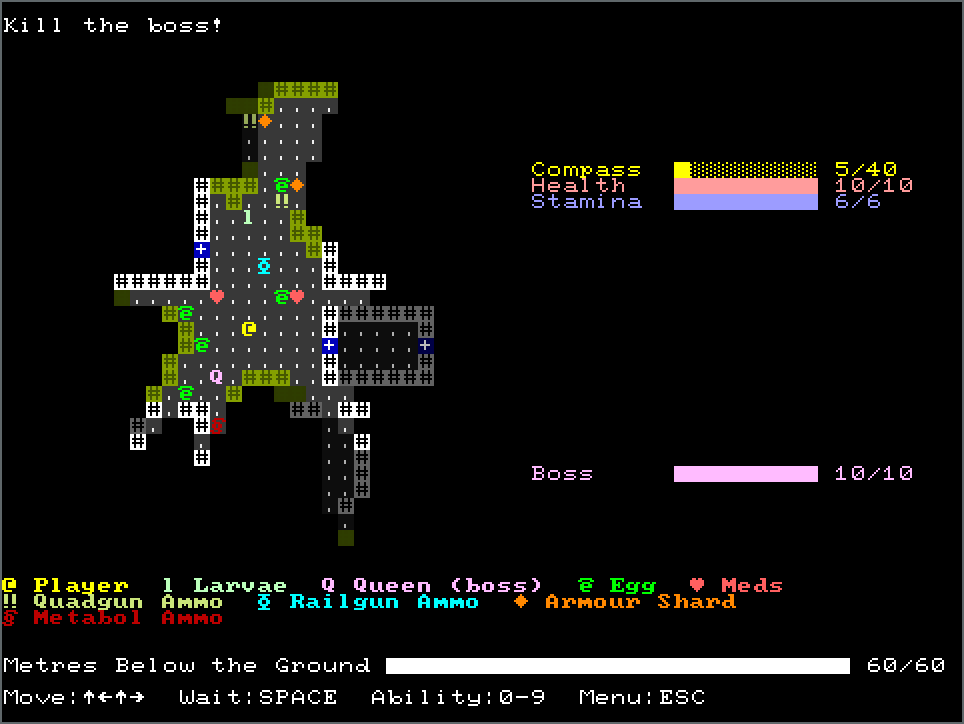 The second new meter is the “metabol” - a weapon which emits a wave that slows the metabolism of enemies, effectively delaying their transformations. The alien special infesting the dungeon has a life cycle of egg -> larvae -> chrysalis -> arachnoid/beetoid, and super-egg -> queen. Enemies tend to get tougher the further along the life cycle they are, so a weapon to delay this progression may come in handy. 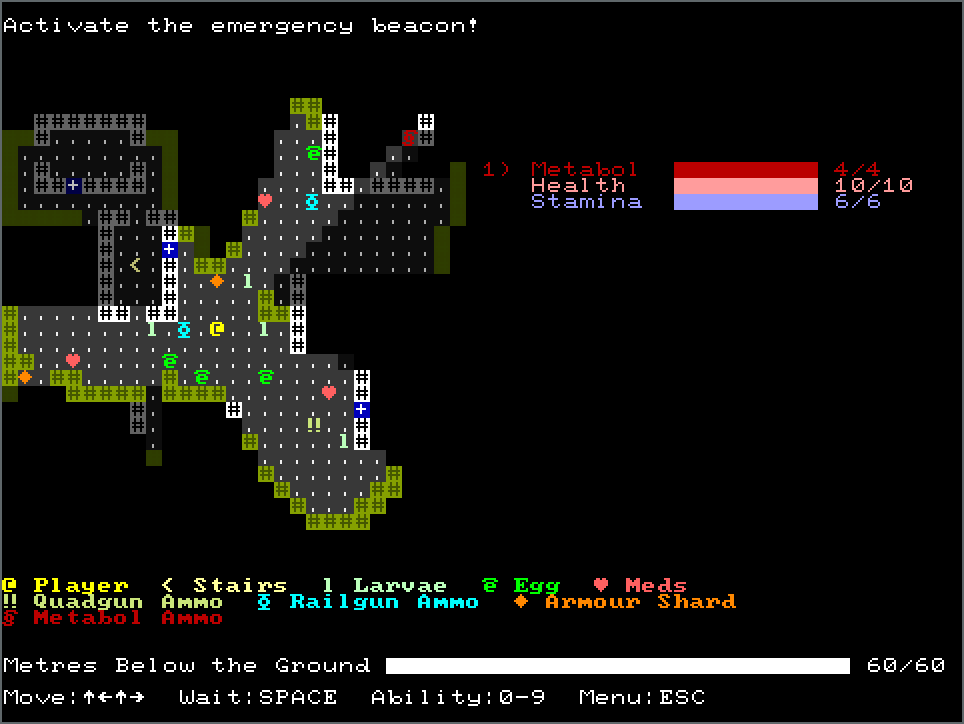 After activating the weapon a wave radiates out from the player, delaying everything it touches. 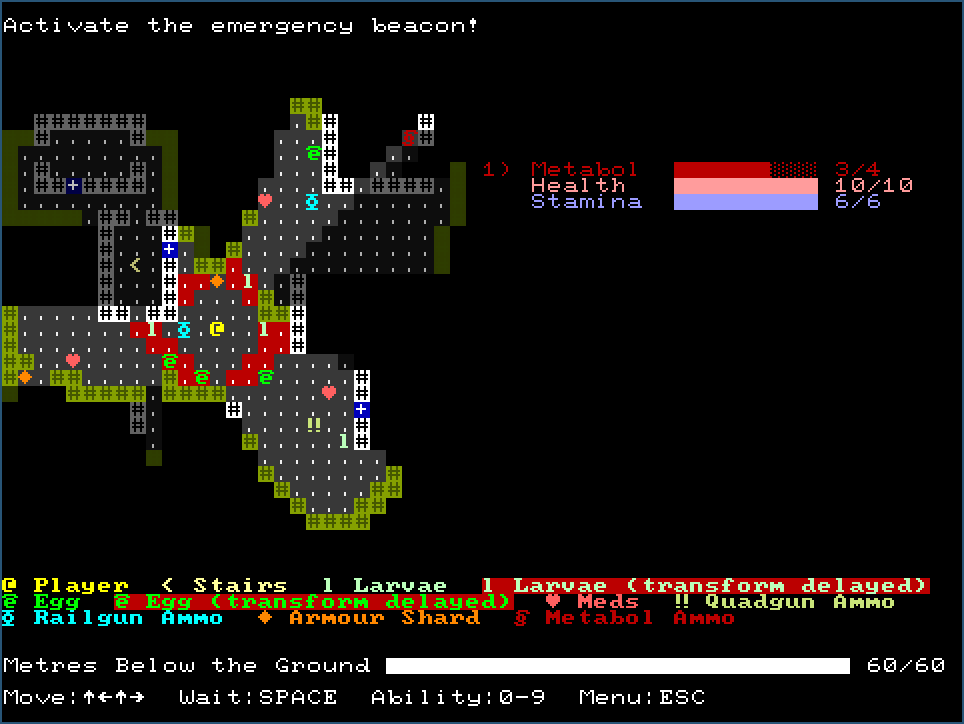 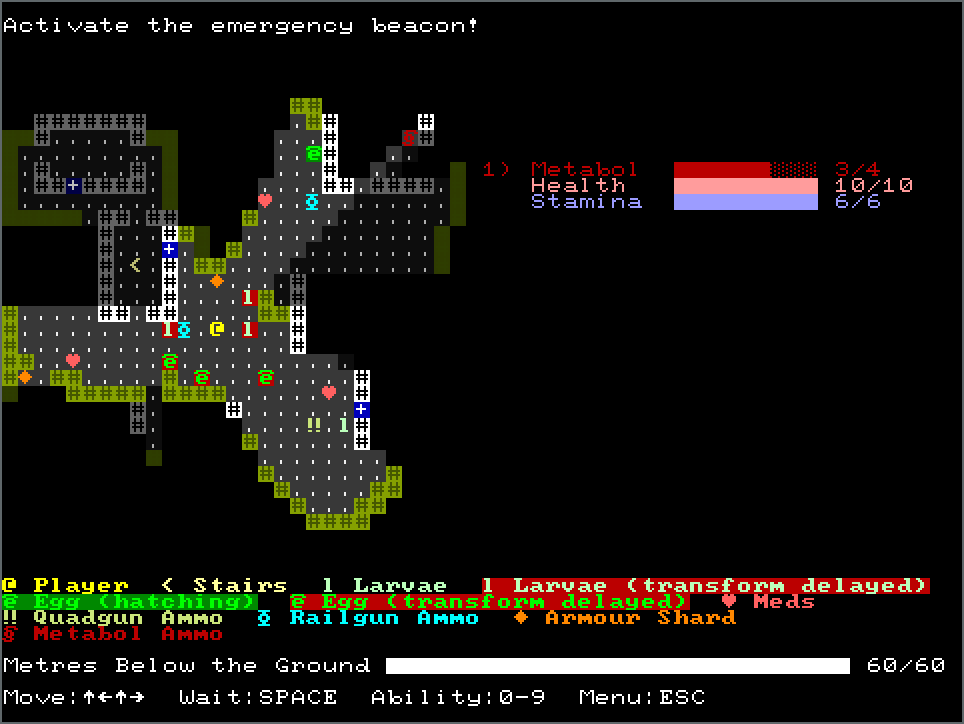 There’s one day left! I’m almost finished adding content. I want to add two more meters: one which allows the player to teleport a short distance, and another which pushes away enemies which are close to the player. After that, I’ll be play-testing and polishing.