This year I’m making a traditional roguelike where all of your stats, abilities and goals are expressed via progress meters. The name of the game will be “Meters Below the Ground”. Here’s an early screenshot: 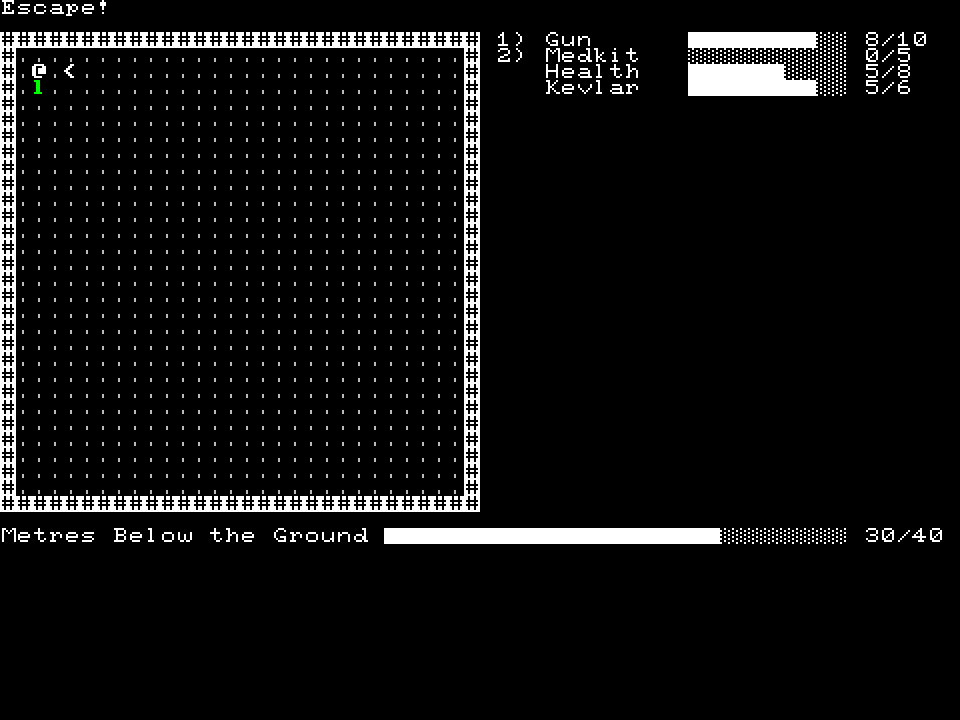 I implemented a framework for progress meters. There are 2 types of progress meter, which I call “active” and “passive”, the key distinction being that active meters can be activated, and passive ones cannot. The active meters are the ones with the numbers next to them in the screenshot, indicating the key you would press to activate them.

There’s a special overall progress meter at the bottom of the screen, indicating how far you are from completing the game.

I plan on implementing goals for each level, such as defeating a tough enemy or reaching certain objectives within a time limit. These goals will also be represented by meters.

Currently I have 4 meters. More will come.

I set up travis-ci and appveyor to continuously deploy the project. The most frustrating problem I had today was travis-ci generating keys for the incorrect project, which manifested as travis-ci being unable to upload build artifacts to S3. The solution was to explicitly specify (via the travis cli) which repo to associate with the project. The command was: