Today I implemented character progression. Character progression is entirely made up of meters, which either give you new abilities, or passive benefits. You get to choose 1 of 3 randomly selected meters to add to your character at the end of each level, but only if you complete the mission for that level. 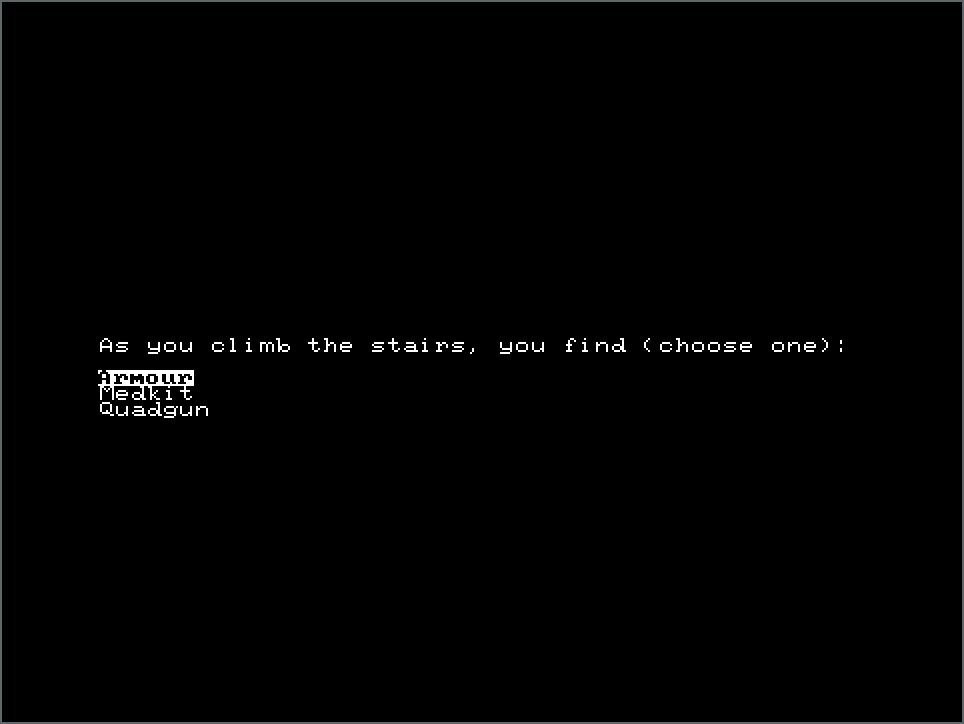 I noticed that it’s possible to get stuck in a corner, surrounded by enemies. The game prevents you from walking through NPCs, and doesn’t progress time when you take no action, or your attempted action fails, so the game is soft-locked and you have to quit and start again.

I added a melee combat system to address this. I’m not a fan of bump combat, so I added some mechanics to spice it up a bit.

Secondly, when you bump into an enemy, you attack all enemies adjacent to the player.

When you start the game, you always have a health and stamina meter, so it’s always possible to do melee combat when nothing else is available. You also start with a third, randomly chosen meter.

There are several issues I’ve noticed which I’m yet to fix: