Today I implemented a procedural generator. Levels are relatively simple, compared to say, dungeons. Levels have a straight road, with acid generated using Perlin Noise, and various enemies, obstacles and items placed randomly, with different probabilities for each entity starting in a cell for road cells and off-road cells.

Here’s a screenshot from a procedurally generated level. 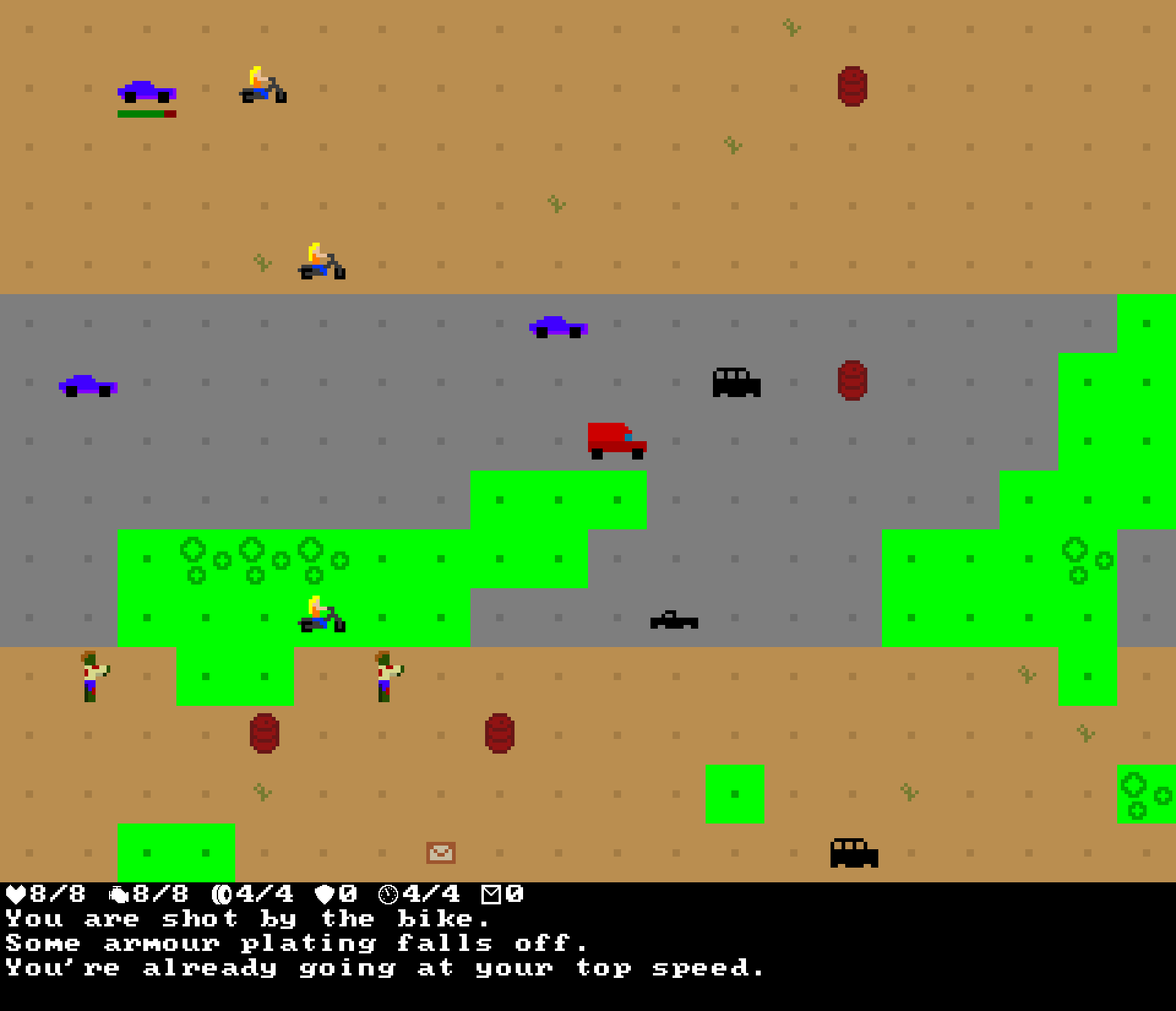 The other big feature I added today is explosive barrels. Barrels explode when shot, or hit by an explosion from another barrel, allowing chain reactions of barrel explosions.

Explosive barrels made it possible for characters to die on their turn, by accidentally shooting a barrel which explodes and kills them. This is a case that the turn schedule did not consider, leading to an interesting bug. This was only revealed by a particular sequence of events in a generated level, so reproducing the bug required generating the same level.

Fortunately, when the game starts it prints its RNG seed, and allows an RNG seed to be specified as a command line argument, so it was easy to repeat the same game while debugging this problem. Thank you past self!