After a day of development, I’ve implemented some of the basic functionality and created some of the artwork. You can control the speed of the van, and steer it provided that its speed is above zero. Zombies can be run over which insta-kills them, or they can be shot if they are directly in front of the van. 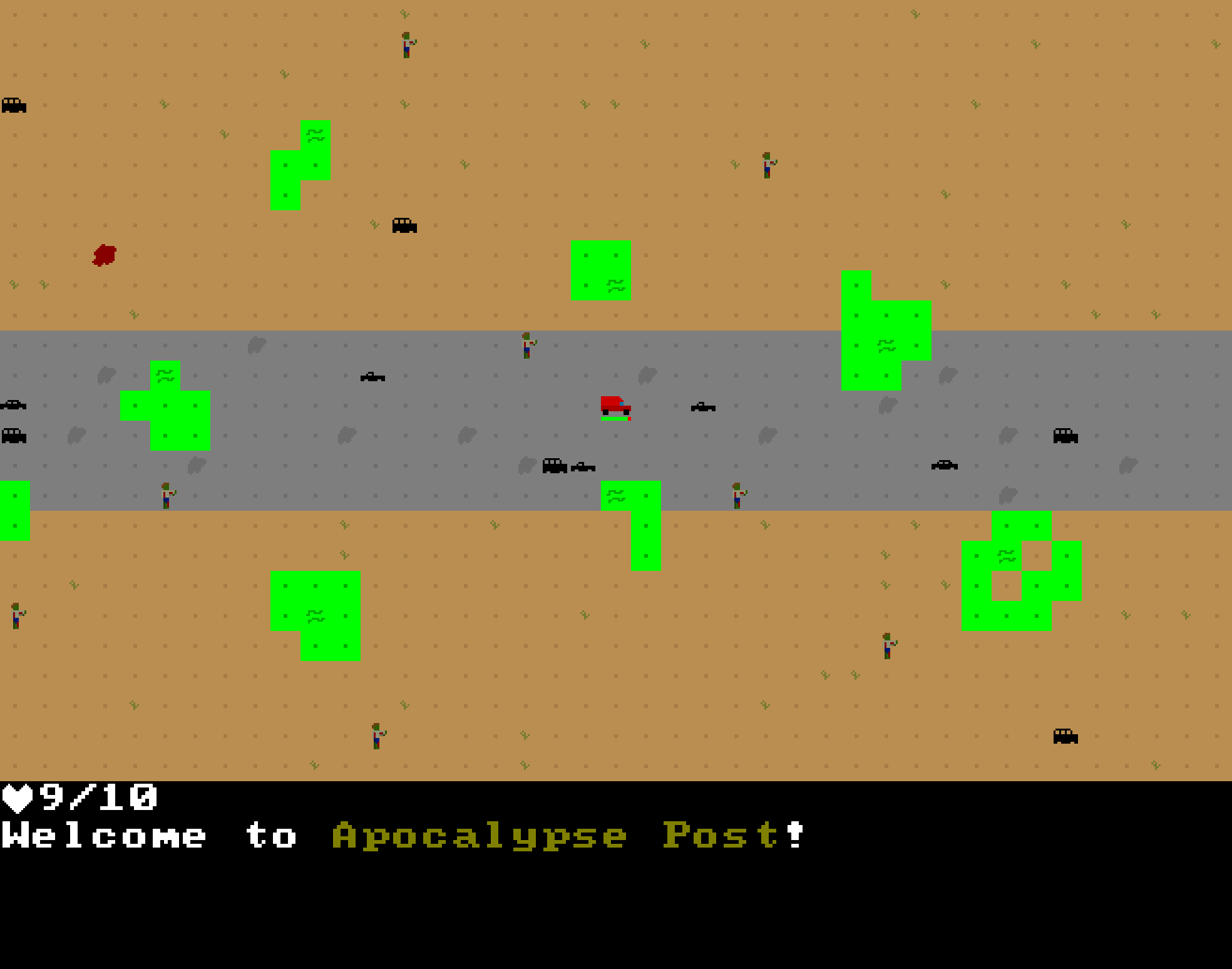 The most interesting bug I encountered was the engine not dealing with entities moving out of bounds. The previous game I developed with this engine had impassible tiles around the edge of the map, but the map I’m testing with does not. Originally, you could fire a bullet off the right side of the screen and see it appear on the far left of the screen, one row below.